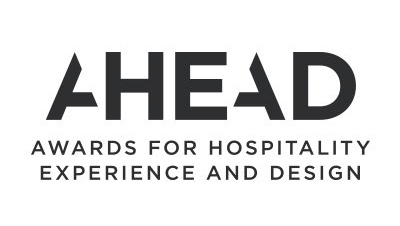 AHEAD is the new global celebration of hospitality experience and design. Our awards are dedicated to the relentless pursuit of the exceptional, recognising design in all its forms, and the guest experiences created in hospitality projects worldwide.

The winners of the AHEAD Global 2021 hospitality design awards will be announced in series of virtual ceremonies broadcast on Dezeen, beginning today. Watch the first part here from 1:00pm London time. The event is hosted by Sleeper Magazine's editor-at-large Guy Dittrich and will feature imagery of the AHEAD nominees, as well as content from the sponsors of the awards programme. The AHEAD Awards celebrate striking hospitality projects from across the world and is split into four different regions: Europe, Middle East and Africa (MEA), Asia and the Americas. The AHEAD Global awards represent the finale of the programme of regional events in 2021, in which the winners are pitted against each other to determine the best recently opened hotels worldwide. This year, the winners will be announced over the course of four virtual ceremonies, taking place daily from today until 13 January with a final broadcast on 20 January in which the People's Choice and Ultimate Accolade awards will be announced.