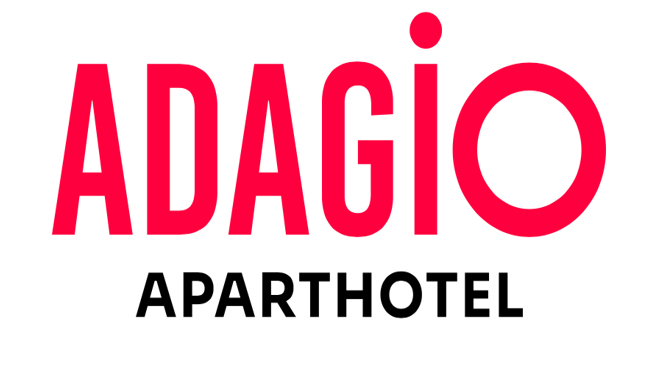 London - After an eventful two years, the ambitions at Adagio remain unchanged. Europe's market leader in the aparthotel sector continues to collaborate with other companies and is constantly on the lookout for new innovations. Adagio currently comprises of three brands, with 122 aparthotels and almost 14,000 apartments in 13 different countries.

The company plans to double its portfolio with over 220 aparthotels worldwide by 2025. A very ambitious goal, although Adagio has already demonstrated its ability to do so: in 2021, the brand broke all records with the opening of ten new locations across five countries. Adagio continues its success with the recent announcement of its official partnership with its four-star aparthotel Adagio London Stratford and the famous London Stadium. Adagio's latest significant openings include Qatar and Malta, two countries where the brand has not previously been represented.

In 2023, the focus will remain on international expansion with properties planned in Abidjan, Antwerp, London and Bucharest. Nonetheless, France, the group's home market will also move into focus with new openings anticipated in Rouen and Boulogne-Billancourt, allowing Adagio to maintain its marketleader position.

Franchise on the rise

As an experienced operator of aparthotels, Adagio offers several development routes to implement its expansion strategy and achieve its goal: lease, management or franchise. As a result, the group's expertise in the medium- to long-stay segment is now available to franchise partners as this operating mode becomes a key development focus for Adagio in France and worldwide. In 2018, there were five franchised Adagios in the portfolio. In 2022, just four years later, there are now 18. There are also 15 more new openings with franchise partners planned over the next three years.

Adagio's strong development is as a result of the introduction of a number of innovative concepts that meet the new expectations of travellers. In 2021 alone, the group launched the new apartment concepts "Adagio access Living Hub" and "Adagio Smart House". In 2022, Adagio launched its "Coliving Concept“ with the first Coliving Apartment having opened in Paris in February. These innovations are in addition to the launch of "The Circle", Adagio’s public area concept. All new concepts can be seen at Adagio Paris Bercy Village, the group's innovation lab.

Adagio is a very agile brand and can adapt to any building project be it the takeover of existing aparthotels, conversions (offices, residential buildings, retail, hotels, etc.) or new developments, taking into account the reversibility of infrastructures. This flexibility is always aligned with Adagio's strong CSR (Corporate Social Responsibility) commitment, where the implementation of specific technical and operational measures ensure an improvement in the impact on the environment.

Xavier Desaulles, CEO Adagio, says about the IHIF (International Hotel Investment Forum): “Our presence at IHIF in Berlin in early May, a major hotel investment forum in Europe, is a unique opportunity for ADAGIO to share with future partners the specificity of the aparthotel model and its extraordinary potential. As the European leader, it is also and above all an opportunity to communicate our know-how and our desire for innovation in this fast-growing market segment!"

Accor is a world leading hospitality group consisting of more than 5,300 properties and 10,000 food and beverage venues throughout 110 countries. The group has one of the industry's most diverse and fully-integrated hospitality ecosystems encompassing more than 40 luxury, premium, midscale and economy hotel brands, entertainment and nightlife venues, restaurants and bars, branded private residences, shared accommodation properties, concierge services, co-working spaces and more. Accor's unmatched position in lifestyle hospitality – one of the fastest growing categories in the industry – is led by Ennismore, a joint venture, which Accor holds a majority shareholding. Ennismore is a creative hospitality company with a global collective of entrepreneurial and founder-built brands with purpose at their heart. Accor boasts an unrivalled portfolio of distinctive brands and approximately 260,000 team members worldwide. Members benefit from the company's comprehensive loyalty program – ALL - Accor Live Limitless – a daily lifestyle companion that provides access to a wide variety of rewards, services and experiences. Through its Planet 21 – Acting Here, Accor Solidarity, RiiSE and ALL Heartist Fund initiatives, the Group is focused on driving positive action through business ethics, responsible tourism, environmental sustainability, community engagement, diversity and inclusivity. Founded in 1967, Accor SA is headquartered in France and publicly listed on the Euronext Paris Stock Exchange (ISIN code: FR0000120404) and on the OTC Market (Ticker: ACCYY) in the United States. For more information visit group.accor.com, or follow Accor on Twitter, Facebook, LinkedIn, and Instagram.