The Importance of Your Online Reputation and How to Influence it 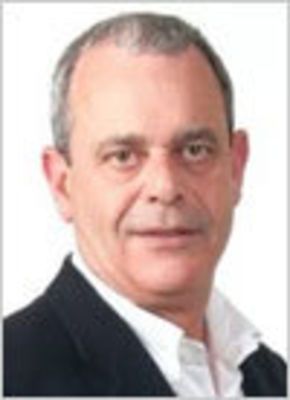 A recent TripBarometer by TripAdvisor states that 93% of people booking travel are influenced by online reviews.1

Another study by Cornell University 2 has found that a 1% increase in online reputation leads to a 0.89% increase in ADR and a 0.54% increase in occupancy. This represents a 1.42% overall increase in revenue per available room (RevPAR).

By comparison, adverse reviews contribute to the ever-declining position of poorly managed hotels. Lightspeed Research 3 concludes that reading anywhere from 1-3 negative reviews can turn off 67% of potential customers. Other reports suggest that getting 3-4 stars (on a 5 star scale) is the equivalent of hitting a tipping point, making it three times more likely that a reservation will follow.

The market for online travel reviews is constantly growing, requiring all players to continually innovate.

TripAdvisor has 100M reviews, which have been increasing by 50% annually. Just in the last few months it has:

Competitors have not stood still. Hotel Me is a new online travel review site, which claims to authenticate reviews. Travelocity has a Green Hotel Directory. Booking.com now has 21M reviews, and a network of 312,000 hotels. And the list goes on, and on.

Part of the changing market resulted from action by the European Commission. Google has agreed to eventually increase the prominence of links to competitors like Yelp and TripAdvisor etc. in Europe.

Social is the new gene in the Internet, especially since the direction of traffic has so dramatically changed. Once upon a time, five or ten years ago, corporates pushed content to consumers. Now consumers and non-consumers alike push social content up to the Internet. The man and woman in the street, in their lounge, at their desk, on their mobile, at school, or on the road, are the new rulers of the Internet. This trend will only get stronger with time.

This social content uploaded to the Internet offers both risk and opportunity to your hotel business. Organized action can cheat the system for a while. A blackmailing client may try to get refunds, extra discounts or upgrades on review extortion. A vengeful person, or even a competitor, may attack your reputation, and these actions may all impact your results.

A great example of how this works is the one of a homeless hostel in the UK. The Bellgrove Hotel was named a top hotel by TripAdvisor after five fake 5 star reviews. Following the alert of fraud the reviews were removed, a BBC exposeé called the hostel a "dumping ground" for the poor and Trip Advisor thanked The Sun for making it aware of the situation. 4

Trust is the key asset for online company reviews and as such techniques and procedures are being developed to detect fraud. At this stage some authenticating procedures are based on algorithms and others on confirmations of stay by the hotels.

Your set of tools

As stated earlier, regardless of your opinion, online reputation affects your business. It is a subject to be taken seriously whether you believe the reviews can inform business processes improvement, or whether you think prospective clients will be influenced.

A recommended set of tools is:

Manuel Sanchez assists resort owners and operators with both strategic and tactical advice, anchored in his 25 years of executive experience in the direction and management of Spanish resorts. Manuel's areas of expertise include all the different phases of development of a resort: conception, master-planning, preopening, opening, operational development, and maturity.

Hotel Solutions Partnership offers specialist hotel consultancy services to hotel owners, operators, brands, developers, lenders and investors around the World. Hotel Solutions Partnership is a hand-picked network of experts. Between us, we have expertise in more than 75 disciplines, covering all the elements involved in running a successful hotel or hospitality business in today's globally competitive and evolving environment. Click here to learn more.