The Future Ski Resorts - Will they Survive? 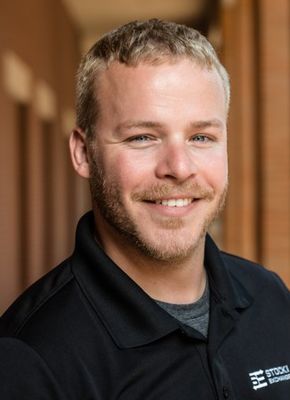 Over the past decade and a half, regional ski resort visits throughout the U.S. have been largely stagnant or in decline. Per Snowsports Industries America 2015 Fact Sheet, nationwide visits peaked at 60.5 million in the 2007/08 season and dropped to an almost 15 year low of 52.8 million in the 2015/16 season. Why is this and what does the industry need to do to remain viable long-term?

First and foremost, early adoption is key in determining whether or not a consumer will EVER get involved. In a 2014 Ski Essentials survey almost 32% of people started on the mountain between the ages of 2-5 and a whopping 82.5% began before the age of 18. Of those that started before the age of 18, 94.5% are still skiing.

Sadly, even high retention among those that get started early may not be enough to save snowsports long term. In the late 70's there were roughly 735 resorts in the US. By the 2013 season, that number was down to 470, says Unofficial Alpine. That means the nearest ski hill is getting further and further away from the average family, making it even more of a hassle to get involved for those who are interested.

Above and beyond issues around interest and access, the increasing cost of participation has also put a damper on consumer behavior. In the 2013/14 season, the average weekend lift ticket price was $93.33 per Ski Essentials. Factor in equipment rentals and food and you're talking about well over a $150 day...per person! Now you may be thinking, "yeah, but those are Colorado prices," and you would be correct. But cutting the number in half for smaller local hills still makes a day trip for a family of four roughly $300. Numbers like these are a still a significant investment for many families and a tall barrier to entry for new consumers interested in giving the sport a try. To take it a step further, look at what it would cost to BUY all new equipment for a family of four, with having to replace equipment for growing kids around every two seasons, the total costs become even higher.

First and foremost, ski resorts must work to build relationships with local schools if they want to help groom the next generation of lifetime skiers. Roughly 11% of those surveyed by Ski Essentials said they were introduced to skiing through a ski club. Beyond that, the average estimated ski club trip costs between $26-$40 unlike the typical family trips mentioned above. That means there are swaths of youngsters out there with the potential to get into skiing while young and at an affordable rate. I call that untapped potential.

Furthermore, those small and medium "beginner" resorts need to rethink the overall costs of a day of skiing. Discounted lift tickets are helpful, but the price of equipment rentals and food often make a seemingly affordable day anything but.

Second, everything possible must be done to keep small local ski hills open. They are key to ushering new skiers into the fold. So much so, that over 60% of skiers surveyed say they learned on local hills with less than 1600 feet of elevation. And once they're involved, they tend to stay involved for life. Many of these ski hills are community funded and/or non-profits. If you're passionate about snowsports, make sure you advocate for continued funding for these type of local ski hills and help with fundraising efforts to keep them alive.

Industry consolidation will play a key role here as well. If large players like Vail Resorts continue to purchase and invest in small properties (like they did recently with Wisconsin's Wilmot Mountain) there may be hope for the little guy. Investments in diversifying entertainment options at these properties creates viability by bringing in much-needed non-skiing revenue. However, this type of consolidation can also lead to price increases, which could ultimately be detrimental to the industry as a whole, as research shows that cost of entry is a large barrier to new consumers.

Finally, the industry must embrace dynamic pricing as quickly as possible. This means taking everything from the weather to on-premise hotel inventory into account when setting prices vs. working with a dated static pricing structure. It means offering discounts for those who purchase lift tickets in advance, raising prices as the date approaches, and potentially cutting them drastically on days with low turnout or poor weather forecasts. While this sounds complicated, companies like Liftopia have been helping resorts implement this model for the past decade. Mammoth Mountain Ski Area told Bloomberg that it increased its advance sales by 15% the first season it implemented the model.

Only time will tell if the industry is going to respond appropriately. Will the major players in Colorado put today's profits ahead of nurturing tomorrow's customers?

Born and educated in the United States, John Stocki launched his career on a global scale living and working in Australia, United Arab Emirates, and China for over five years, as well as traveling and training in over 30 countries and 29 states throughout the US. In 2012, after returning to the US, John started the Stocki Exchange - A hospitality consulting firm where he now acts as the company's CEO.