By Gautam Lulla, CEO of Pegasus 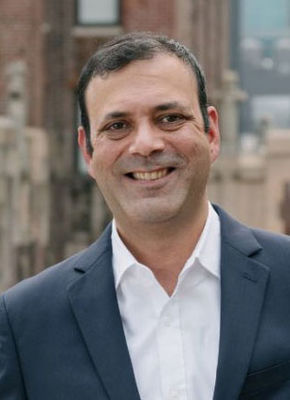 Significant changes look set to transform the travel industry in 2018. Blockchain technology, China's booming tourist sector, and the continuing travel ambitions of Airbnb, Facebook and Google all look set to define the coming 12 months. Here are six major trends we will be keeping an eye on in 2018.

The dominance of the world's biggest travel review site will be heavily challenged in 2018. Along with the less-than-stellar performance of its hotel booking product, TripAdvisor's reputation suffered following revelations that it censored reviews concerning rape allegations at specific hotels.

Both Google and Facebook are coming up on the rails following their recent moves into the reviews game. Yelp is also making a play for the huge hotel advertising market by expanding ad offerings to hotels. And there are rumors Yelp also wants to add booking capabilities to their site.

All summed up, the environment looks ripe for some seriously competitive moves next year.

Airbnb's ambitions show no sign of abating. Along with busily expanding Experiences (part of its Trips tool), the company has made a huge investment in restaurant reservations app Resy. It's pretty clear that Airbnb intends to be a one-stop shop for booking your entire travel experience. The only thing it doesn't seem to be focusing on is transportation.

The company also seems keen to redefine travel for locals, too. Regarding Airbnb Trips, CEO Brian Chesky recently said he wants to make "outsiders feel like insiders," in part by helping local people better connect to their own city. It's a smart move that could help Airbnb build up a base of regular local users. Add in talk of introducing a loyalty program, and 2018 looks set to be a big year for Airbnb.

But Airbnb is far from the only platform that sees the potential in tours and experiences, something that Skift classed as a "megatrend" in 2017.

TripAdvisor is betting on growth from its "non-hotel" business with the strengthening of its tours and activities segment. Expedia and Booking.com are also investing heavily in tours and excursions as well.

The big question for next year will be whether the OTAs also attempt to integrate end-to-end bookings (accommodation + activities + food/restaurants) into their own platforms. This would effectively make them a one-stop shop, rather than acting as multiple sites operating under the same umbrella. Given Airbnb's ambitions, this move may come sooner rather than later.

Against this changing booking landscape, hotels will also need to adapt. This could involve integrating tours and experiences within their own offerings, either publishing tours on their own website or integrating links to make booking easy.

There's been a lot of developments this year in the loyalty game. Biggest of all was the announcement from the world's major hotel brands that their direct booking pushes and loyalty rates have worked.

OTAs, which have ordinarily played the marketing game through aggressive search marketing and competition on price, are now changing their tune. For instance, Booking.com recently announced they would invest more in TV commercials, a move intended to drive direct traffic and encourage repeat bookings. Expedia also revealed they would be getting rid of their price matching guarantee.

Adding to this, there are suspicions that Booking.com is taking advantage of Google's audience targeting function to advertise Genius rates to Genius users that search for hotels on Google.

All of these efforts have had some positive effects. But the loyalty environment is still ripe for innovation. As such, we may see a major shift in 2018 across the industry. For example, many independent hotels are now working on ways to develop their own loyalty programs and better integrate them into the booking experience.

Once again, keeping up with Airbnb will prove the main challenge. According to a study reported by Phocuswright, of all the major accommodation booking sites (including hotel brand sites and OTAs), Airbnb is by and large the site with the most loyal—read: actual repeat—customers. Just imagine what may happen if they do end up launching a loyalty program!

4. This blockchain thing everyone keeps talking about

Aside from Bitcoin, few people truly understand blockchain technology. Yet while many grapple to figure out what it's all about, excitement is growing surrounding industry startups such as Winding Tree. Using blockchain, this travel distribution platform promises to help suppliers regain control over their inventory and reduce costs to middlemen, in turn driving down costs to the consumer.

There's also talk of how Bitcoin can integrate within airlines, how it can improve security, and even how it could be a boon for independent hotels. Is it the panacea for all travel industry ills? Phocuswright described it as somewhere between "revolutionary and hyped." Like most new technologies, we likely won't know blockchain's true usefulness until we see it in action more commonly—something we're expecting next year.

Broadly, the whole issue of data security has been pushed to the forefront in 2017. High-profile incidents included the data breach at Sabre and hacks such as the Equifax breach. All have stoked the fires surrounding the need for better security.

Add in the fact that the EU's General Data Protection Regulation (GDPR) comes into effect next May, and you can bet this topic will remain firmly top of mind in 2018.

5. The AI race to better dynamic and personalized pricing

Artificial intelligence certainly has plenty of flashy applications in travel. In recent times, chatbots, travel apps and personal assistants have all captured the imagination. But moving forward, hotels will find the real advantage of AI lies in pricing applications.

Apps such as Google Flights already offer "predictive pricing," which provides consumers with suggestions on when they might find the lowest price. However, businesses can also benefit from the same technology. For instance, Starwood has spent the year testing its own AI-powered revenue strategy optimization tool, enabling better power dynamic pricing and improved demand forecasting of 20%.

The introduction of more loyalty programs and "closed group" booking tools will also mean that personalized recommendations and marketing (if not pricing) will become easier to implement as well.

The integration of AI tech, which may be used to help track and identify user preferences and past habits, may help to further this along.

6. China is the one to watch in digital travel

China is one of the world's largest and fastest growing tourism markets, and it's poised to be the biggest by 2022. But even more amazing, China's rate of digital adoption in travel far surpasses anyone else in the region.

According to Phocuswright, if you took just Chinese mobile bookings, it would be the third highest source of bookings in all of Asia (after Chinese total and Japan). You can hear more about this discussion in The State of Digital Travel video starting at 4:57.

In the Washington Post, Douglas Quinby, senior vice president of research at Phocuswright, was quoted as saying, "China is far ahead of the rest of the world in mobile travel trends," further adding that their "apps, payment services and other features are more advanced and widely accepted."

It's also worth mentioning that China runs on its own digital ecosystem: all of the OTAs, social media, review sites and chat apps are specifically Chinese and aren't widely used outside the country. Likewise, many well-known apps in the West aren't used in China. So while there's a lot to learn from Chinese technology in 2018, the lack of shared platforms makes this especially hard.

The travel industry looks set to see significant change this year. The rise of blockchain will be one to watch for sure, as will the impact on TripAdvisor from emerging review sites. And the ever-expanding plans of Airbnb will continue to grab attention. For hotels, the fight for guest loyalty and the adaption of AI for pricing personalization will be key themes as technological innovation delivers new possibilities.

Gautam Lulla brings 20 years of solid industry experience spanning the breadth of the hotel reservations and distribution technology industry. He has invaluable international experience, having worked on three different continents: the Taj Group of Hotels in India, Pegasus Solutions in the U.S. and Amadeus IT in France.

The new Pegasus is a game changer for hotels, combining innovative technology with five-star support to give hoteliers more control over their revenue and distribution strategy than ever before. Following a recent merger with Travel Tripper, Pegasus now enables hoteliers to better connect with their guests through an innovative and flexible platform of Reservations, E-commerce, Global Sales, and Business Intelligence solutions that help hotels drive demand and maximize revenue and profitability. With more than 30 years of experience in global distribution, Pegasus serves hotels across 120 countries from eight offices worldwide in New York, Scottsdale, Las Vegas, London, Paris, Frankfurt, Tokyo, and Hyderabad. For more information, visit pegs.com or follow them on LinkedIn, Facebook and Twitter.