WeWork - the brand that redefined an industry 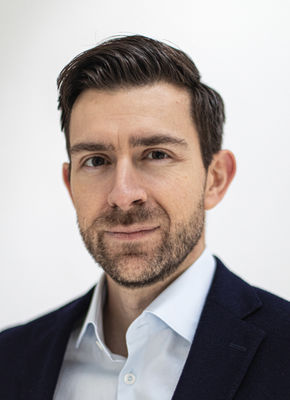 A cure for the cubicle

Office design is boring. The staid cubicles, the soulless open plan layouts, the bad coffee and grey walls that line thousands of offices around the world make for a poor research subject, unless your research has to do with decreased productivity and workplace alienation.

Enter WeWork. The New York based startup has a radical vision: by changing the way we work (pun intended), we can rebuild communities, heal a fractured society and ultimately change the world. And if that sounds a bit over-the-top, it doesn't seem to deter investors ranging from Goldman Sachs to SoftBank, which collectively value the privately held company at a staggering $21 billion. Not bad for a company founded in 2010 around one co-working space in New York.

Today, the company, which has reported revenues of over $900 million in 2017, operates more than 210 buildings in 71 cities worldwide. Inside, the customers - or members, as WeWork refers to them - enjoy the kind of modern, well-designed workspaces and amenities that used to be found only in Silicon Valley. From rooftop gardens and yoga classed to free craft beer and cold press coffee, the company promises to create an uplifting work experience, while fostering a sense of community between tenants. So far, the 200,000 members (set to double in 2018) seem to be buying into it.

Put a brand on it

When someone mentions co-working anywhere from Seattle to Berlin, the first name that comes to mind is WeWork. This is interesting, as the company is neither the oldest nor the largest company in the sector. It is however, the most valuable by far, and one of the fastest-growing. There are three stages to understanding the success of the company: its business model, brand power, and ambition.

At its core, WeWork is a glorified corporate real estate arbitrage firm, meaning it takes long-term leases on buildings, renovates them and sublets small sections to individuals and companies on shorter leases, from 1 month to 10 years. While companies like IWG (formerly known as Regus) have been doing this for decades, WeWork has been more successful thanks in part to large cash reserves and blue-chip investors that reassure landlords, as well as an aggressive expansion policy that rapidly builds brand presence in key cities like London or New York.

But the main difference with competitors lies not in what the company does, but how the company does it. When leasing out prime real estate in some of the most expensive cities in the world, one might want to maximise desk capacity and minimise extras to cover the huge overheads. WeWork has succeeded so far in doing the exact opposite: invest in communal spaces and amenities, hire renowned architects and designers to revamp the spaces, and rent to a diverse group of tenants - from freelancers to FedEx -, some willing to pay extra for the flexibility of a short-term lease. The result? Occupancy rates in New York or London hover between 90% and 100%.

Finally, the fervour and ambition of co-founders Adam Neumann and Miguel McKelvey has helped sustain the growth of the company these last eight years. Investors can't seem to get enough of the duo's almost messianic vision of healing the world through hardwood desks and free yoga classes. Indeed, Mr Neumann has been compared to other "visionary" entrepreneurs like Elon Musk or the late Steve Jobs. Being able to embody and communicate around a vision is almost as important as having one - if not more. The founders' vision does not stop at co-working spaces, however, as brand extensions like co-living company WeLive, gym brand Rise, and upcoming kindergarten WeGrow promise to offer a full "We" lifestyle to its members.

Bringing the dream of a comfortable and stylish workplace to the demanding millennial has been a core component of WeWork's success. The company invests roughly $10,000 a year per desk, taking into account everything from the structural design of the building to interiors, amenities and activities. Under the watchful gaze of Mr McKelvey, a trained architect, each location is remodelled to be at once distinctive and instantly recognisable. The hunt for the "wow factor" is endless, whether it's a huge glass atrium, a tropical garden or street-art mural. Some items though, like desks, chairs or bar furnishings, are bought in bulk, helping to create economies of scale and deliver a sense of uniformity. All in all, the design strategy for each venue is closer to an Apple store than an Aesop boutique, with a Brooklyn-y, loft-style touch (think hardwood tables and matte iron fittings).

If the location design is fairly consistent across all WeWork outposts, the corporate identity is a hazier affair. The company websites and social media accounts are full of competing catchphrases and taglines, some straight out of 2000s motivational posters. In the last months, statements like "community first", "better together", "make a life, not just a living", "Do what you love" or "We humanize" have strived to convey a message of community and meaning, but one that lacks consistency or substance. Similarly, in order to accommodate the current and upcoming brand extensions, executives have taken to calling the company "We". This umbrella name is not official, however, and does not fit companies like Rise (the WeWork gym) or Creator (the WeWork magazine), prompting some confusion about the corporate and brand hierarchy. It will be interesting to see if and how the company clarifies this major part of its identity.

Not a village anymore

Much like car-sharing company Uber, part of WeWork's success lies in its ability to aggressively grow all over the world. From 200,000 members in 2017, the company aims to reach 2, then 20 million members in the coming years. This raises a number of questions concerning the company's ability to retain the "cool club" and "community" image it has cultivated since its founding. Indeed, WeWork today is still seen as the place to go for the creative, entrepreneurial and tech-minded individual or startup not only to work, but also to mingle and connect with other like-minded individuals. The happy hours, gym classes and networking events offered at each location are all marketed as community-building events, and now follow the member from the workplace back home, if that home is a WeLive co-living space. Reality, however, often paints a different picture. The best WeWork locations are now being filled up with large established companies willing to rent out whole floors for their staff, and start-ups and freelancers are increasingly priced out of these locations. For those who stay, overcapacity is becoming a real problem, with noise and lack of space being cited as the main concerns for members in many venues.

The story of WeWork so far has been an inspiring demonstration of how good design and a qualitative approach to customer care can radically transform an industry - for the better. The rise of WeWork and its competitors is starting to force regular businesses to rethink the way they cater to their employees, and that's a good thing. Now, the company wants to bring that disruption to the other building blocks of our lives, from education to accommodation and leisure. While this will undoubtedly foster innovation in these fields as well, there is a real risk that "We" members will live and work in a parallel "We" world, increasingly disconnected from the outside world. Likewise, as the number of venues and members continue to grow, it will be harder to maintain the "community feel" that has been a key success factor so far. Trailblazing innovators like Uber, Spotify or WeWork are essential to our societies, as they spark new conversations, challenge existing practices, and destroy inefficient rivals. But their radical ambition can alienate investors and customers alike. WeWork will change the world, certainly. It remains to be seen whether it will still be there to witness it.