The Celebrity Secret – Putting Cape Town On The A-list 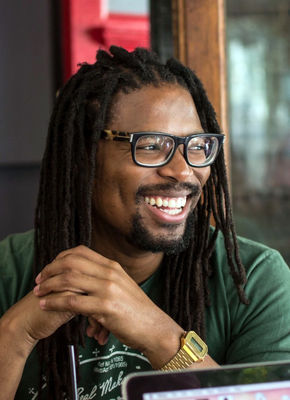 If you are the kind of person who likes nothing more than to cuddle up on the couch with the latest edition of your favourite tabloid to find out what the schlebz are getting up to, you'll know the answer to the question, 'What do Miley and Idris have in common?' The answer, of course, is Cape Town.

Both have been spotted, along with another A-lister, Vin Diesel, exploring the city. Milla Jovovich, Meagan Good and T.I. are also in Cape Town shooting the movie Monster Hunter. Meagan and T.I. were seen partying at local club Coco a few weeks ago. Many A-listers come to Cape Town as a result of the city's renown as a shoot location, but they frequently return to enjoy more leisure activities. After all, it's a city where you can play all day and never tire of discovering new spots to uncover or fresh activities to enjoy.

Spot the celebrity - our version of Where's Wally

Miley is reportedly here as part of the filming of Black Mirror, currently one of the world's most popular series; she's been spotted at the V&A Waterfront - Africa's most-visited attraction - but it's certain that fans will be trying to figure out where she's most likely to turn up next. Will it be at Shimmy Beach Club? Perhaps in an express queue at the Table Mountain Aerial Cableway. Your guess is as good as mine.

Michael Jackson is a global icon who adored Cape Town, so much so that he wanted to have a statue of himself put up here, but he didn't need to: his footprint here alone is indelible. But th e reverse is true, too: it doesn't matter how well-known you are, this city leaves a bigger imprint on you than you do on it.

The film industry is central to our ongoing economic growth. From TV ads to feature-length movies or music videos, the many quirky locations and remarkable natural surroundings make an ideal backdrop to any production. Locals here have grown used to seeing crews rigging up streets to capture scenes, and, despite the film industry being somewhat seasonal, many Capetonians enjoy being sustained in jobs by the opportunities it offers. Wesgro stated early in 2018 that they'd generated close to R2 billion for the 2017/2018 financial year by wooing film industry productions, and that 2,449 full-time equivalent jobs have been created in the Cape. Couple those figures with the income generated by those industry visitors in hotels, restaurants and retail and the cash injection is even greater.

Hotels here are used to the discretion required to host A-listers; it takes a special venue to host a wealthy, well-known person and their entourage. The days of rock stars trashing rooms are something of legend - we don't see that at all here - what we do see are universal travellers in awe of the city. They want to explore as any of us do, travelling like locals into the immersive experiences on offer. For the most part, they're happy to take a few selfies with fans when spotted out and about, and locals are quite charming when it comes to being around celebrities: we know them from our screens, so we're almost like old friends, and that's a heartwarming exchange to watch.

Mention that Idris Elba is in town and you'll hear your friends sigh, longingly. It seems remarkable that these global superstars choose our city to visit, almost as if they're… normal.

I believe that these kinds of visits are a fantastic means of marketing Cape Town to a wider audience, as are the productions that take place here. They form part of the mystical narrative that Cape Town is a special place, which, of course, it is. Why not head here this summer? You never know who you could bump into.