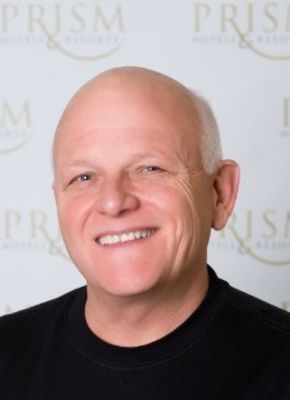 Industry experts have been wondering when the industry bubble is going to burst. Well, the reality is, the long anticipated net operating income recession is nigh upon us.

Like the historic canary in the coal mine as an early warning of danger, hotel owners have been looking for an indicator of when the next recession will cut into their profitability. Recently, a determinative indicator of future hotel profitability just started turning red, and Im not sure everyone has noticed. That little-noticed indicator is the ratio of average daily rate growth to wage increase.

It doesnt take a formal economic recession to cause a recession in net operating income. Even without a widescale recession, NOI can be undercut to recessionary levels when increases in costs exceed growth in revenue. Since 2012, our happy times have been largely due to ADR more than occupancy. Occupancy has grown by 5.6%, but ADR has increased by 31.7%. And between the two, ADR contributes disproportionately more to NOI than occupancy (all those extra rooms to clean). But, ADR growth has been slowing. Most savants are predicting 2.5% maximum ADR growth for 2019.

At the same time, wages are accelerating. Nationally, labor costs average 50% of all operating expenses. The past several years have seen a very owner-friendly moderation of annual growth in wage costjust barely keeping up with inflation. However, recently, total compensation costs in the hospitality sector have increased by more than 3% year over year for each of the last eight quarters. To put that into perspective, quarterly compensation cost increases havent been higher than 3% in any quarter since 2008. Some markets are expecting more than 5% wage increases next year. And, with historic 18-year low unemployment rates, big minimum wage increases in many markets and changing demographics and restrictions on immigration, the wage increase problem will only get worse.

What should owners do? Some are hoping for a rescue out of this dilemma through technologyautomatic check-in and other labor-saving tech solutions, even promising robotic devices for dishwashing, room service delivery and eventually housekeeping. Those are unlikely to arrive in time, and even they come with complications as the impact of technology replacing labor was one of the issues that prompted a series of hotel labor strikes recently in cities from Boston to Detroit and San Francisco. A prudent piece of advice likely to be universally ignored is to stop writing pro formas and budgets, which assume the good old days will continue.

The bottom line is that weve been talking and worrying about when the industry bubble is going to burst for a long time now and we need to recognize that, while this might not be an official recession, the economic realities have shifted. Our window of time to be proactive is closing. The canary is taking its last few breaths.

This article was first published on Hotel News Now and is reprinted with the permission of the author.

Steve Van, president and CEO of Prism Hotels & Resorts, founded the Dallas-based company in 1983. Under his leadership, Prism has become an award-winning full-service hotel management, investment and advisory services company. A prominent speaker and sought-after expert in the hospitality industry, Steve was recognized by Hotel Business Magazine as one of the trade’s “People of 2012.