How Can India Increase its Share of Inbound Leisure? 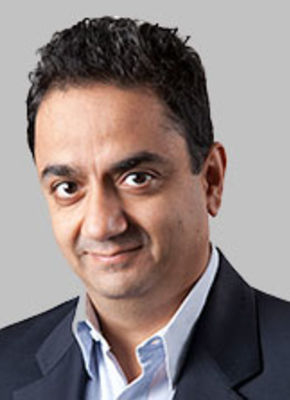 India received over 10 million international tourists (excl. NRIs) in 2017, but how in association with CAPA India many of them travelled for leisure? Based on an in-depth research and analysis by CAPA, it turns out that only 2.5-3 million tourists visit India each year for the purpose of a holiday, with the USA and UK contributing a major chunk of the total (Figure 1). For a country this size, which has rich and diverse tourist offerings, the figure is dismally low. To offer some perspective, Thailand received 35 million tourists, predominantly in the leisure segment, in 2017 and Singapore, a city-state, received around 17 million inbound tourists that year. Our focus on leisure tourism can be better understood when one considers its economic benefits. Leisure travellers usually have longer durations of stay. They also tend to access more facilities and services related to accommodation, food, transportation and recreational activities and engage more with the local community than business travellers; thus, resulting in a wider induced economic impact.

In the hotel industry, leisure properties continued to outperform their urban counterparts in 2017/18 largely as a result of steady demand and higher average rates. Figure 2, compares the RevPAR performance of 20 stabilised branded leisure properties with that of 60 stabilised branded urban properties in India over a five-year period. The RevPAR of INR9,235 clocked in 2017/18 by the leisure sub-set was 1.6 times that of the urban sample and 2.4 times the national average. The strong year-on-year performance of the former clearly points towards a healthy demand for such hotels in the country, making investment in leisure properties perceivably more viable than previously thought. The peaks and troughs in demand in leisure locations is smoothening with creative promotions, social events, corporate off-sites, MICE and group travel serving as fillers. Moreover, the low reliance of leisure hotels on RFPs from corporates that are relatively more sensitive to economic and trade conditions, make them less vulnerable to price wars.

So, how can India increase its share of inbound leisure? CAPA makes the following recommendations:

Capture a larger share of outbound leisure traffic from mature source markets than investing scarce resources in emerging source markets. In comparison to its peer set in the Asia Pacific, India has a low market share even in its top 10 source markets.

At an individual market level, India's share of outbound traffic from its 10 largest source markets ranges from 0.3% in Germany and China to 3.7% in the USA. The country's low market share has declined further in recent years for outbound travel from Sri Lanka, China, the UK, France, Japan and Canada even as China's share in these markets has been growing.

In conclusion, we observe that leisure travel to India has huge potential (be it pure leisure or "bleisure" that combines business with leisure), and the country is just scratching the surface at the moment. To this extent, the tourism industry (including hotels) needs to collectively plan and commit resources to attract leisure tourists to the country. The diversity of India's leisure offerings should be better communicated, and the subsequent growth of this segment should be adequately supported and sustained. We must aim at making India a "must-visit and easy-to-discover" destination!