Self-confidence is linked to hiring and promotion decisions and there is a widely-shared belief that women lack self-confidence to take on greater responsibilities. 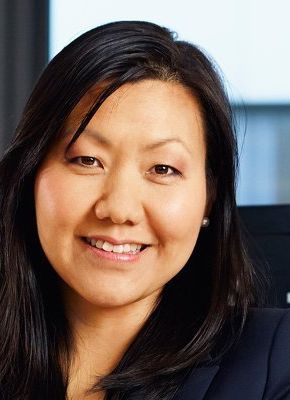 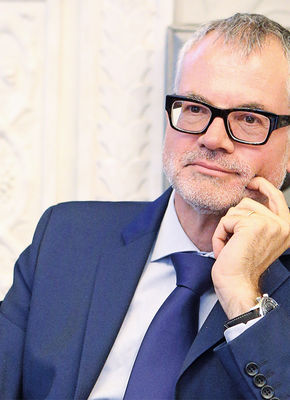 Although more than 60 percent of EHL's current students are female, reaching the C-suite is still a problem, as only 17 percent of the school's alumni occupying senior executive roles are women. Earlier this year EHL launched its Women in Leadership (WIL) initiative, with the aim of promoting leadership policies to foster diverse and balanced work environments in the hospitality industry.

In mid-November, we staged the school's first WIL workshop aimed at professional confidence building. We tackled this topic because self-confidence is linked to hiring and promotion decisions (Smith, 2013) and there is a widely-shared belief that women lack self-confidence to take on greater responsibilities.

For instance, the issue of confidence has kept coming up in the annual Femmes Leaders panels organized by Bilan. The panelists shared anecdotes, confirming that women needed to be asked three times before taking an executive job. Women also tended to make sure they had all the required competences before taking a job, while men accepted the job with a few competences from the list.

There might be some truth in this claim. An online study of nearly one million individuals across 48 countries revealed that, in general, men had greater self-esteem than women (Bleidorn et al. 2016).

On the other hand, research also shows that in achievement-oriented domains, there is no evidence of a female modesty effect. In fact, the gap is not between men and women's self-confidence, rather the appearance of self-confidence. Somehow, high-performing women had to project warmth when they were glowing with self-confidence in order to be influential, while men only needed to project self-confidence to exercise leadership influence (Guillen et al. 2018).

Here are some of the key findings from the workshop

Organizations often fail to realize that their leadership development practices are based on examples of men having successfully climbed the ranks in generally male-dominated leadership populations.

Hence leadership development comes down to cloning successful male leaders. (Vanderbroeck, 2010). Given that women can be successful in leadership roles in somewhat different ways, this model does not really fit them. Leaders are expected to appear confident. Since they are expected to be feminine, women who display too much "male" behavior (such as confidence) are not well received by their peers at the top because they appear to be "not feminine enough" and inauthentic. Yet women who display too little of this behavior are perceived as not suited for the top job: "too feminine". Thus, as long as women are in a minority, they are perceived as women first, and leaders second. This puts women in double bind (Eagly, 2007).

Being a confident and authentic leader means recognizing that you are individually different and using it to your advantage.

Increased self-awareness through the right feedback allows a woman leader to adapt her behavior and communication to ensure that her leadership qualities are correctly perceived by the organization: a leader in her true right rather than a woman leader.

Therefore, make sure you call a spade a spade: positive results, which can be measured as such, deserve to be recognized.

Humility, like narcissism, is a helpful leadership quality, as long as it comes in healthy doses and does not descend into underestimation. Humility can be misunderstood for lack of confidence.

Successful women leaders, who have reached the top, use feminine archetypes of legitimate power and authority to display confidence, for instance, as mothers, teachers and female warriors (Vanderbroeck, 2014). In that way, they are able to use their difference to their advantage. Confidence is a matter of mindset: be the authentic woman leader you want to be.

Women in Leadership initiative at Ecole hôtelière de Lausanne: Our purpose is not to "fix" women or engage in a "battle of the sexes." Our aim is to tackle classic topics such as empowerment, leadership diversity, and talent management, as well as sensitive issues such as workplace harassment, and emerging subjects such as flexible work arrangements in hospitality.

And we act by developing promising individuals, expanding networks and opportunities, as well as developing tailored, diversity and inclusion solutions for companies and creating innovative women-related projects for the community.

Paul Vanderbroeck is an executive coach and organizational consultant. Having performed as an officer in Fortune 500 companies, he is familiar with how leaders and organizations interact. He has more than 25 years of experience in leadership, team and organization effectiveness. He spent many years leading human resources and organization development efforts at Shell, GM and UBS, often with responsibilities across the globe.