Why Fear is Worse Than The Virus 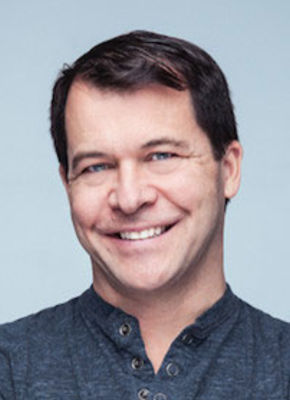 Others will inform you better about the most recent stats for how many countries and people are infected by Covid-19, the fatality rate and death toll so far. By the time I'd write it here and the time you'd read it, these stats would have changed anyway. While I don't want to downplay the severity of this outbreak, I believe there is a much worse disease affecting us all: fear.

It is the fear of catching the disease that caused many participants to not want to attend ITB in Berlin, where some 10,000 attendees coming from 180 countries would have shared a common, enclosed area. It's that same fear to lead organizers to cancel the event for the first time in 54 years.

The Book Show got cancelled and now the Louvre Museum is closed in Paris. Major events are being postponed, group travel to Northern Italy is not recommended and France even sent out an official communiqué telling its citizens to avoid travel over coming weeks.

When the Mobile World Forum cancelled its event earlier in February in Barcelona, it was the first in what may be a long series of MICE events to see a similar fate. That event alone brings over 100,000 attendees, so you can imagine the economic impacts of such a last-minute cancellation, not only for hotels but also for bars, restaurants, boutiques and so on.

Let's brace ourselves as UEFA Soccer Championships (Euro 2020) loom in the horizon in June, the Summer Olympics in Tokyo in July, not to mention all the sporting, cultural and major business events to take place in Europe and Asia before then.

If any of these events is cancelled, will it be truly due to a high enough risk of virus propagation? Or simply because people will take the irrational decision of not attending based on a risk factor that is blown out of proportion by media hype?

Let's not kid ourselves, we have a greater risk of catching influenza - the good old flu - than getting Covid-19 by going to a local movie theatre or supermarket where neighbors, friends or strangers are coughing away. But that doesn't matter. Because we don't fear the flu. It's been around forever. We know it. We don't fear it, even though we should.

We don't lead by example

What bothers me the most in this ongoing crisis the is the double-standard I am hearing from travel and hospitality practitioners, in person or via social media posts.

I see and hear travel advisors lamenting that people should still travel, they simply need to wash their hands and wear a mask. But then a big travel agency network cancels their roadshow across Canada, for fear that attendance might run too low in the present context. In Canada, of all places, where there have been no casualties yet and only some 20 confirmed cases.

That's why cancelling ITB-Berlin may have been a sound decision, from an organizational standpoint. But from a symbolic perspective, for the general public and industry insiders alike, when one of the biggest travel shows on Earth cancels last minute, it sends out a clear message: stay home!

Who will want to book a cruise right now and be with thousands of strangers in an enclosed area for a week? How about all-inclusive resorts in the Caribbean or in Mexico?

We will need to counter this with facts, education, and patience. It will not be an easy task…

Frederic Gonzalo is passionate about marketing and communications, with over 20 years of experiencFrédéric Gonzalo - consultant, bloggeur, conférenciere in the travel and tourism sphere. Early 2012, he launched Gonzo Marketing and works as a strategic marketing consultant, professional speaker and trainer in the use of new technologies (web, social media, mobile) with destinations, independent hotels, restaurants and attractions alike.