The Impact Of COVID-19 On Swiss Wine Consumers 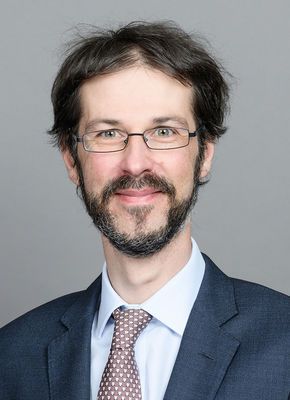 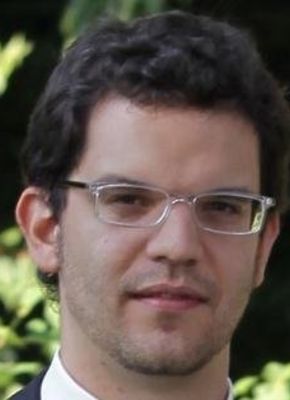 The crisis induced by the COVID-19 pandemic has had dramatic effects on many sectors, including the wine industry. The OIV (International Wine Organization) anticipates a 35% drop in sales volume and a 50% drop in value in 2020 in Europe. In Switzerland, the figures are not much better. According to the ASCV (Swiss Wine Trade Association), the industry's turnover has already fallen by 35% during the "semi-lockdown" period. Economic activity has now picked up again, but the outlook remains bleak. The pandemic has wiped out many of the summer events that usually generate high sales. As for restaurateurs, they have not sold any wine during the last few months and therefore have neither the need nor the financial means to build up stocks at the moment.

This situation points to short-, medium- and potentially long-term difficulties for the Swiss wine industry: a lack of liquidity, commercial and logistics problems (what happens to the upcoming 2020 harvest?), competitive position vis-à-vis foreign production whose prices will inevitably fall (for example, the 2019 Bordeaux wines are currently being released at prices 10% to 35% lower than last year).

To have a more comprehensive view of the situation and the prospects for the industry, the Ecole hôtelière de Lausanne and Changins, in collaboration with the European Association of Wine Economists (EuAWE), conducted a study on the behaviour of wine consumers in Switzerland during the semi-confinement period and their expectations.

The questionnaire received a total of 927 responses from all over Switzerland. Respondents had the option of answering in French (56% of respondents), German (21%), Italian (12%) and English (11%). The vast majority of respondents live in Switzerland (92%) or neighbouring France (5%). Most of the English-speaking respondents also live in Switzerland and are employed in the tertiary sector; they can, therefore, be considered to be expatriates for the most part. The best-represented cantons are Vaud, Valais and Ticino. The other French-speaking cantons and the large German-speaking cantons of Berne, Lucerne and Zurich follow.

In terms of consumption, 95% of respondents report having drunk wine at least once a month before confinement. The majority also went to restaurants at least once a month (92%) before the lockdown. Many respondents participated at least occasionally in wine tastings at wineries (84%), at fairs (77%), or "open cellars" (76%), and learned about wine through various media such as websites (48%), magazines (30%), social media (27%) and books (26%).

The Swiss, especially the Latins, consumed more wine during confinement

Figure 1 illustrates a trend towards increased consumption of wine at the expense of beer and spirits. It can also be seen that the people most directly affected by the epidemic are those who have changed their consumption profile the most. Thus the vast majority of German-speaking respondents have not changed their alcohol consumption. Although German-speaking Switzerland also experienced a period of semi-confinement, the incidence rate of COVID-19 (source: FOPH, data as at 04/06/2020), except for Basel and Graubünden, remained well below that of French-speaking Switzerland and Ticino. This analysis is corroborated by the fact that only 20% of German-speaking people feel vulnerable as a result of the epidemic, compared to 30% of French-speaking and 29% of Italian-speaking Swiss people.

The emergence of new consumption patterns

Figure 2 illustrates both some cultural differences between language regions in terms of consumption patterns and the impact of social distancing. Before the crisis, the majority of respondents frequently drank wine with family (87%), friends (92%) and colleagues (51%). In Italian-speaking Switzerland and among expatriates, it was also common to drink alone (27% among Italian speakers and 34% among English speakers). On the other hand, almost no one consumed online.

The crisis has brought about significant changes. Consumption among friends and colleagues collapsed but has not entirely disappeared - a reflection of the soft confinement that was practised in Switzerland. Nearly a third of the population regularly took part in digital wine tastings. The change was particularly marked among the English-speaking population (up from 2% to 40%), no doubt due to their particular situation with relatives spread over several countries and sometimes several continents. In general, 67% of respondents said they had "organised or participated in digital gatherings to have a glass [of wine or other] with family or friends" since the beginning of the confinement. But only 18% think they will continue to do so in the future. It seems that these consumption patterns reflect a short-lived trend that is intrinsically linked to the nature of the measures taken to contain the pandemic.

An increase in consumption "alone" is also observed, which could lead to fears of an increase in cases of risky consumption (dependence). Fortunately, this increase remains moderate (from 20% to 26% on average in the sample) and is probably temporary.

Consumers tapped into their cellars

In terms of purchasing, 57% of Swiss consumers buy wines priced between 11 and 20 francs, and 24% are willing to pay more than this amount for a bottle. These figures conceal the different realities in the various language regions, with the majority of German speakers (58%) being reluctant to pay more than CHF 10 for a bottle.

Consumers use three main purchasing channels: supermarkets (85% of respondents buying wine at least once a year), specialised shops (85%), and direct purchases at the winery (80%). This shows the strength of Swiss wine producers. The advantages of direct sales include a contact list that can be used directly by the winegrower for marketing purposes, a close relationship between the producer and his customers - which can increase the loyalty of the latter, fewer intermediaries and more direct control over the management of distribution channels. However, there is an essential difference between regions in this respect: while more than 80% of Latin speakers buy directly from producers, less than 60% of German speakers do the same.

Since the crisis, however, close to ¾ of respondents have not bought wine. Only 30% of respondents said they had purchased wine online, including 6% for the first time and 8% in larger quantities than usual. Overall, respondents, therefore, unsurprisingly, spent a little less than usual on wine (22% spent more, and 32% spent less).

On the whole, the increase in consumption mentioned above was, therefore, to the detriment of consumers' stocks. This observation is consistent with the fact that the majority of consumers own a cellar (81%) and that only 16% of respondents generally say they usually open a bottle less than a week after buying it.

What are the prospects?

The situation is difficult, as restaurateurs and consumers have reduced their purchases and, given the uncertain economic conditions, will probably remain on hold for the most part in the coming months. ¾ of the respondents are worried about the economic and non-economic consequences of the crisis for themselves and their families. Nevertheless, there are several reasons for cautious optimism.

First of all, the proximity of Swiss producers to their customers could help them get through the crisis. For example, 73% of those surveyed live less than 10 kilometres from a wine-growing region and 82% know wine producers personally. More than a third of those surveyed even have winegrowers among their friends. Obviously, these figures are even more pronounced when we focus on Latin respondents, with only 14% of French-speaking and 5% of Italian-speaking respondents not knowing any winegrowers.

Second, the majority of consumers hope to return to their previous habits once the situation has fully returned to normal. Thus, 91% of those surveyed plan to consume as much wine as before and a little more than 5% even anticipate an increase. As shown in Figure 3, this increase should be above all favourable to national wines and, to a lesser extent, to organic wines.

Finally, since the confinement, 54% of those surveyed "feel that they should buy more local wine to support local producers". Here again, a different sensibility should be underlined according to the regions: French and Italian speakers are respectively 65% and 70% to agree with this assertion, while German speakers are mostly in disagreement (45% against, 26% agree and 29% neutral). Swiss wine producers seem to have exploited this trend and have been very present on social networks, with more than half of those surveyed saying that they have received offers through these channels.

It is clear that the Swiss wine industry has suffered the adverse effects of the pandemic and is still facing considerable uncertainty. However, the proximity that Swiss winegrowers have historically maintained with their customers through direct sales, combined with a willingness - the sustainability of which, however, remains to be confirmed - to consume more locally, offer reasons for measured optimism in a longer-term perspective.

Note: this study was carried out in collaboration with the European Association of Wine Economists (www.euawe.com) which conducted a similar survey at the European level.