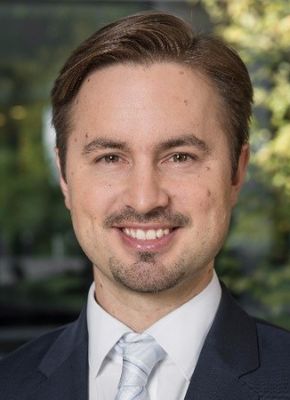 EHL's Real Estate, Finance & Economics Institute presents the first edition of the European Hotel Transaction Price Index. This project aims to contribute to increased transparency in the European hotel industry by publishing the index on an annual basis. This first edition of the index is based on a total of 1247 hotel transactions across Europe between 2007 and 2019. In 2019, European hotel transactions prices increased by 7.7% vs. the prior year on the back of a record transaction volume of EUR 25.6 bn. For the first time, the index clearly surpassed its previous peak from 2007.

While the 2019 version of the index does not yet account for the impact of COVID-19, some lessons can be drawn from the 2009 global financial crisis. The development of index reveals that in 2009, on average, European hotel transaction prices have fallen by 33.9% compared to their previous peak in 2007. This drawdown is comparable to the price decline experienced by US hotels over the same period. In total, it took European hotel transaction prices nine years until fully recovering to previous highs from 2007.

A common observation in commercial real estate markets is that transaction activity drops significantly at the beginning of a crisis, as solvent owners are reluctant to sell while potential investors are cautious to buy. As a result, initial transaction activity is often limited to opportunistic investors buying from distressed sellers, often at significant discounts. At the peak of the global financial crisis in 2009, the European hotel transaction volume was almost 50% lower than in 2007 (€3.7 bn vs €7.1 bn).

Recent transaction data by Real Capital Analytics (RCA) shows that the liquidity in the European hotel transaction market has again dropped significantly. Only 113 hotels have been sold globally between April and late June 2020, representing an 86.7% drop from the second quarter one year ago. While part of the drop may be attributed to work-from-home restrictions, it is evident that the hotel investment market is facing yet another crisis. We look forward to providing an update accounting for the impact of COVID-19 on European hotel transaction prices in the next series of the index.

EHL's European Hotel Transaction Price Index is estimated based on a hedonic regression model. To understand the merits of hedonic regression-based indices, consider a simplistic "average transaction price per room"-index as the counter example. In periods, with many upscale hotel transactions in expensive cities such as London or Paris, such an index will measure to record unusually high levels of average transaction prices. In the given example, this is however largely because of the specific characteristics of the transaction sample in that period, and not necessarily because of the general hotel transaction price level in that year. Note that the latter should be the ultimate objective of a well-constructed index. The hedonic regression approach circumvents this problem by explicitly taking into account the characteristics of all hotels sold in a given year. In particular, EHL's European Hotel Transaction Price Index takes into account 10 different hedonic factors, ranging from variables capturing a hotel's location, building quality and size, to its operating structure.

8 June 2021 — EHL’s Institute of Real Estate, Finance & Economics is pleased to present the first update of the European Hotel Transaction Price Index that was initially launched last year. In 2020, European hotel transaction prices decreased on average by 11.1% vs.
Read more

René-Ojas Woltering holds a doctoral degree in Business Administration from the University of Regensburg. His research interests include real estate investment vehicles, investment strategies, and issues relevant to the hospitality industry. His publications have appeared in scholarly journals such as the Journal of Banking and Finance, Real Estate Economics, and the Journal of Real Estate Finance and Economics.