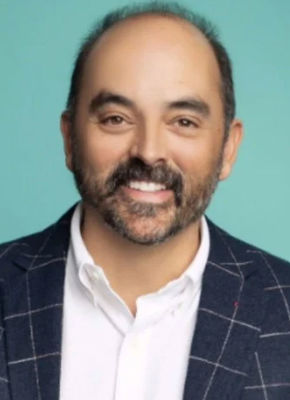 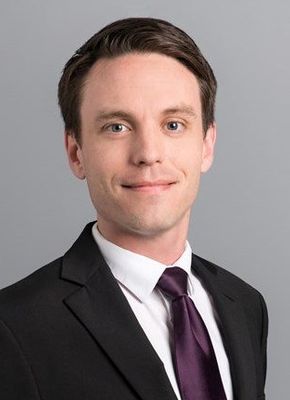 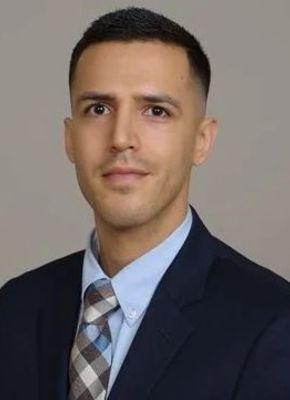 The hotel sector is most certainly managing its way through the trough of the current downcycle, and a tough winter lies ahead for the U.S. lodging industry, although brighter skies should emerge next year. We took this opportunity to review our valuation findings and compare these to valuations of the same hotels we completed in the years and months leading up to the spring 2020 decline. We have appraised over 1,000 hotels since the start of the pandemic (most from mid-summer to today). Of these, 140 were also appraised by our firm in the 2017-2019 peak-value timeframe. The percentage change in value for each hotel is tallied in the following chart.

Values Have Predominantly Declined Between 15% and 30% 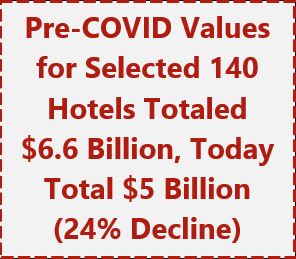 The range of change spans a 61% decline to a 33% increase. Twenty hotels declined in value between 15% and 19%, with most hotels realizing a decline in value between 15% and 30%. As noted previously, this analysis reflects our work on 140 hotels that have been re-appraised; these most recent valuations were completed between the months of July and September of 2020. As we begin to see this low point of the cycle in the rearview mirror, this trend line of values will begin to move to the right, and values will begin to recover. These valuations represent roughly $5 billion in value today vs. $6.6 billion in pre-COVID value, equating to a decline of 24%.

Not all values declined; of the survey set, three showed no change in value and 14 hotels showed improvement in value. The factors contributing to value increases include hotels that underwent major PIP and renovations between the two valuations, markets that experienced RevPAR growth stronger than anticipated in the months leading up to the pandemic, or markets and hotels that have fared well in the pandemic environment (e.g., extended-stay hotel assets).

By chain scale, all tiers have been affected when reviewing the data on a weighted average basis, but the weighted percentage decline has been less so in the lower three tiers vs. the higher three tiers. This is to be expected, as these tiers rely less on group and convention demand and are also less reliant on high-volume, corporate-account travel.

By Chain Scale, Economy Hotels Have Fared Best, on Average, in Current Downturn

The wide ranges of value change reflect the complexity of the hotel industry and the nuances and numerous factors that can affect one value vs. another. Simply applying the average to any one hotel, market, or segment is ill advised. When reviewing the data by region, our work in the West (outside of California) reflects a lower average value decline than other regions in the United States, largely due to the profile of hotels valued, many of which benefited from strong drive-to leisure demand over the summer months; fewer were center-city urban hotels that have been more adversely affected by this downturn.

The other categories are more in line with our national average of 24%. The data also reflect a wide range of value changes; thus, it is important to consider influences of local markets, neighborhoods, and the specific asset being analyzed.

HVS is here to help. In addition to valuations, we are your source for receivership services, asset management, operational consulting, and brokerage. Please reach out to me or any of our capable leaders here at HVS for more information.

Rod Clough, MAI, is the Senior Managing Director of the HVS Denver office; Rod is also a partner in the HVS Atlanta, Dallas, Houston, Minneapolis, Philadelphia, St. Louis, and Mexico City offices. This group of offices represents over 60 hotel industry professionals and executes over 2,000 assignments a year.

Ryan Mark, a Senior Project Manager with HVS Denver, has performed consulting work on hundreds of existing and proposed assets throughout the Rocky Mountain region, including Colorado, Wyoming, Utah, and New Mexico. During his tenure at HVS, Ryan has worked on an array of assets from small, owner-operated motels to complex, full-service mountain resorts.

A Project Manager with HVS Miami, Chris Cabrera grew his passion for the real estate industry while attending the School of Hotel Administration at Cornell University, where he concentrated on finance and real estate and participated in the school’s real estate club. Chris has held multiple hotel operations roles, such as a reservationist at a resort, a marketing representative at a casino, a front waiter at a hotel, and a front desk agent at a motel.