« A cheese fondue is surely the stuff of dreams » Nigella Lawson. 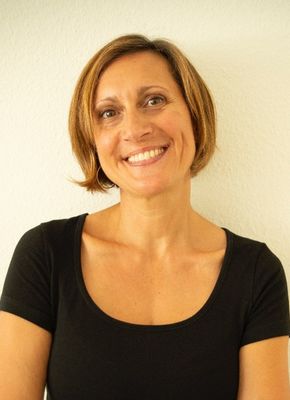 Taken from the French verb to melt - fondre - fondue is an easy to prepare and highly convivial cheese treat. Named Switzerland’s national dish in the 1930s by the Swiss Cheese Union in order to increase consumption of the large amounts of cheese that the country was producing, fondue has become an icon of 'Swissness' at home and abroad.

Nutritious, filling, and let’s be honest, fabulously calorific, it is the Swiss folk's most cherished winter meal - with many claiming that anytime is fondue time! Diehard fans will argue till dawn whether it’s best consumed with just bread, or potatoes, or raw cut vegetables, or a mix of all options. However, what remains uncontested is the main ingredient itself: Swiss cheese PDO (Protected Designation of Origin).

Which cheese to use for fondue?

Gruyère is the most commonly used cheese in a classic fondue. Vacherin, Appenzeller, Beaufort and Hoch Ybrig, all relatively low in moisture, also work very well. The most common recipe is based on a half & half (moitié-moitié) ratio of shredded Gruyère and Vacherin melted with white wine and a touch of cornstarch. Grating the cheese as opposed to using chunks or cubes will ensure the cheese melts evenly with no lumps.

The cheese fondue mixture should be kept warm enough to stay smooth and liquid but not so hot that it burns. Once the fondue has been eaten, there should be thin crust of toasted (not burnt) cheese at the bottom of the caquelon pot. This is called la religieuse - French for the nun. This crust (similar in texture to crackling) is considered a delicacy and is the most sought-after part of the fondue experience.

Wikipedia tells us that:

"Losing a piece of bread in the caquelon is said to be penalized by buying a round of drinks, singing a song, or running around in the snow naked. This is parodied in Asterix in Switzerland, where a character is sentenced to be drowned in Lake Geneva after losing his third piece of bread."

What equipment is needed to make cheese fondue?

To prepare a real Swiss cheese fondue, it’s essential to use a proper fondue set meant for this type of dish. There are many kinds of fondue sets available, from modern electrical models to the more traditional fuel burning sets. A traditional fondue set will include an enameled cast iron caquelon pot, long thin forks, a solid stand and fuel holder, (make sure to first check what kind of burner fuel your fondue set requires). Avoid using a regular pan which may not be suited to sitting over a flame for an extended period of time - this can result in a burnt fondue with a bad taste!

The extras: what you can add to a cheese fondue

Traditional fondue fans find garlic and pepper sufficient; at most, they might add a touch of nutmeg. Bolder fonduers might add chopped shallots, mushrooms or tomatoes, or season it with paprika, green pepper or chilli. A bowl of pickled onions and gherkins on the side is often a must.

As with fish, some people think that you can only drink white wine with fondue. Interestingly, cheese fondue is often served with red wine in certain parts of Switzerland, though the wine should be fruity, not too heavy and without too much tannic acid. If you want to play it safe and traditional, stick to a dry white wine (e.g. Chasselas), champagne or hot tea. Some food experts claim that these drinks assist the digestion of the large amount of cheese, rather than a cold drink that risks congealing the digestive flow.

Fondue is also traditionally accompanied by some specific liquers: Kirsch, Schnaps, Calvados, Grappa or Pflümli that add a touch of spice and heat to your cheese experience. 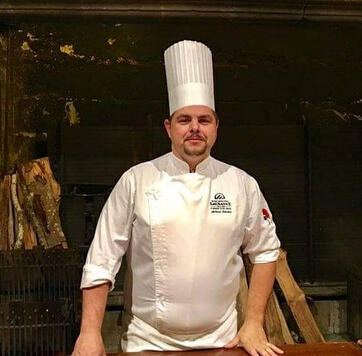 Jérome Zbinden has been 'chef de cuisine' at EHL for over 18 years and is the school's cheese specialist. Deeply passionate about the Swiss tradition, he is keen to underline what is and isn't fondue.

What does fondue mean to you?

JZ: Fondue for me is a moment of sharing; a convivial meal that brings people together. It is also an iconic Swiss dish which appeals to my personality because I love sharing with people and being surrounded by family and friends. It’s a regular ritual for me at home: good cheese, a caquelon, a spatula and a glass of Chasselas (Vaudois white wine). Fondue is so easy to make whatever the season!

What are the different types of Swiss fondue?

JZ: Each region or canton has its own fondue recipe. There's the traditional 100% Gruyère PDO fondue; the hugely popular moitié-moitié fondue with Gruyère PDO and Vacherin Fribourgeois PDO; then there's the 100% Vacherin Fribourgeois fondue made from this very fragrant, slighly softer cheese. Worth mentioning is the Valaisan tomato fondue which is a creamy mix of tomato sauce and cheese, eaten with potatoes. And lastly, the rather unique 'siphon fondue' (using a whipped cream machine), which we make here at EHL.

There are plenty of other fondue recipes with different ingredients, but in my opinion these stray outside the tradition of what real Swiss fondue is all about. The French have their oil-based 'Bourguignonne' meat fondue, the Chinese have their 'hot-pot' based on broth, then there's the chocolate version which is great for kids. These are all variations on the theme of a convivial meal that gathers people around a warm pot, but they are not real fondue!

Beatrice Venturini is a Hospitality Insights content editor at EHL with a background in music research, radio and journalism.