By Rachel Mammen, Ph.D. Candidate in the Department of Hospitality and Retail Management at Texas Tech University 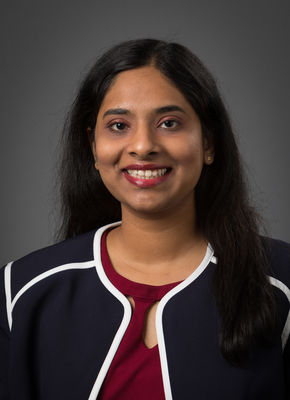 Morocco is located in North Africa, a lot of its country depends on tourism, and it is the second or third largest industry in Morocco. There are 585 hotel properties in Morocco participating in the Smith Travel Research (STR) data. Oriental Bay Beach Golf & Spa Resort Saidia is the largest hotel in Morocco with 614 rooms followed by Mogador Palace Agdal Marrakech with 610 rooms. Majority of the Moroccan hotels are upscale class, at 34.36%, followed by 17.09% economy class as shown in the pie chart below.

The revenue of the hotels by year shows the steady market in Morocco, however, in 2018-2019, the hospitality and tourism industry were booming with revenue of around 13 Billion Moroccan Dirhams. According to Jeff Wilson’s interview, the CEO of Experience It Tours, which has 3-4 locations in Morocco, Kenya, Oman, and Sri Lanka. and during the pandemic, included Russia, the Caucasus Mountains to their company “It totally shut down for almost a year. We went from $3.5 million in sales in 2019 and in 2020, January and February – couple of hundred thousand dollars, so other than that it all went away.” Additionally, he mentioned that the response of the Morocco government to the pandemic was amazing; they gave stipends to the people so they could survive. At the Experience It Tours, around 20-25 drivers worked on a sub-contracting basis, prior to the pandemic the drivers were assisting 350 tour groups per year but did only a couple in 2021. Jeff decided to “put his team in hibernation mode, for a while, paying them a quarter, half of the rate, asked them to sit at home for a few months as the government paid $200/ month to employees of the hotel/ tour company, which shut down operations temporarily.” Also, Jeff started a gofundme, which raised roughly $25000 by generous donors, and donated it to the drivers, so they could pay for their insurance, their car, debt, and interest on their vehicles.

As per the Smith Travel Research (STR) data, when supply and demand by year in the past decade are plotted on a graph, 2020 was the outlier. Jeff mentioned, “the hotels impacted the most were the little Riyadh’s, the boutique style hotel. For example- Dar Fes Madina - they had no business for months- they have 9 or 10 rooms, beautiful traditional style things, but they lost out.” According to STR data, the following hotels closed down in 2020: Hotel Residence Amalou, Palais Jena Hotel & Spa, AG Hotel, Residence Selwane, Hotel Club Campaville and Hotel L'Oliveraie Jnane Zitoune.

Furthermore, when asked about the actionable steps which Hotel managers/ tour operators could make to combat the effects of the COVID-19 pandemic, Jeff responded “I don’t think we could have done…. looking back, we had a thriving tourism business, like I said $3.5- $4 million, we had $200K in reserve. We had the pipeline full, and overnight the pandemic came in and crushed our business. The only reason we survived is because our financial manager and we had the reserve money and we were able to scale people back, and all of our team was not solely dependent on the tourism- they had other forms of income where they had other rental properties.” Furthermore, everyone should take responsibility for the situation; hotel owners, local riders, the travel agents, the travelers, travel insurance companies but the travel insurance companies did not provide that support this past year. On a positive note, Jeff mentioned that the travel industry has changed, has become generous for travelers.

Rachel Mammen is a Ph.D. Candidate in the Department of Hospitality and Retail Management at Texas Tech University. Rachel was a mentor to 2 undergraduate students at Mentor Tech, she tutored students and answered questions related to resources and other organizations available on TTU campus, and she was an Event Coordinator for the International Student Council, co-planned as a team in organizing the different cultural events for the Lubbock community.