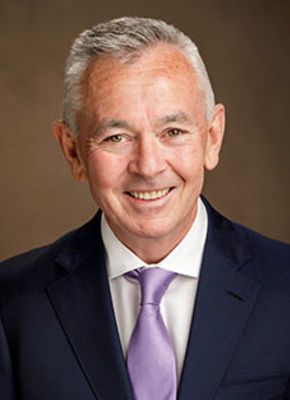 People do not resist change, they resist loss. Loss of what is familiar, what they know and what does not frighten them. Losing that creates fear, fear of the unknown, fear of what could be and an unchosen, unseating of a daily norm.

And whilst we all went about our daily lives, we heard vague noises about a virus in some far-flung place called Wuhan. Little did we know that it would paralyse the world and as we emerge from that paralysis, it would be foolhardy to think everything will return to 'normal'.

After all, normal is a very temporary affair that is inevitably replaced by a new normal before long.

Uncertainty is uncomfortable. It is also a man-made problem, just look at nature. We seek it in every aspect of our lives and that is a good thing when it is the starting point for problem solving. It is a very bad thing when it comes to worrying about that which we have no control over. If we accept what we cannot control, we can use that worry time instead to influence what we can do. At the very least, we must let go of our old certainties and adopt what will be. Parallel, we can build on a few fundamentals that life, the past and our human nature tell us As Hannah Fry reminds us.

"It's true that you can't take an individual rain droplet and say where it's come from or where it's going to end up. But you can say with pretty good certainty whether it will be cloudy tomorrow"

A friend of mine ran a Bank. A gruff but straight-talking chap, he was constantly irritated by the perpetual question "Do you think the market will rise of fall if I were to invest?" Naturally, like we said above, some experience, a little intuition, a lot of research and a helping of industry understanding, would allow him to make an educated guess. Then again, the world will forever surprise us and where are the visionaries when they get it wrong?

The question used to bug him, so he created a little strategy and made sure he always knew the answer. Every 2 people (and he noted them) got the same answers in rotation. The first to ask him was told "No, I don't think the market will rise". The second was told "Yes, I think it will rise". I asked him why he did this, and he said "First, I cannot predict the future and secondly, at least 50% of my clients will always get the right answer".

Before writing this article, I created a little online poll to see what meeting professionals think about the future, the question was simple: Do you think face-to-face meetings are (a) the future or (b) the past?

At first glance, it is an encouraging statistic for those in the meetings and events business. A deeper look shakes the belief. An analysis of the votes can tell you who voted which way and, perhaps not surprisingly, showed a clear bias. The vast majority who voted (a) were employed in that sector or sectors closely aligned to the meetings business. The (b) voters were in the majority and their primary industry was technology.

These are perhaps more aspirational statements rather than scientific and it is entirely understandable that both voters have an agenda to protect their own future.

"Facts are stubborn things, but statistics are pliable" - Mark Twain

And where did the world of meetings begin? It is a question worth exploring because the past can tell us much about the future. You see, there was a time when there really were no offices, and no offices meant no conference or meeting rooms. Of course, that all changed with the industrial revolution.

"The Industrial Revolution was the transition to new manufacturing processes in Europe and the United States, in the period from between 1760 to 1820 and 1840. This transition included going from hand production methods to machines, new chemical manufacturing and iron production processes, the increasing use of steam power and waterpower, the development of machine tools and the rise of the mechanized factory system. The Industrial Revolution also led to an unprecedented rise in the rate of population growth" - Wikipedia

In other words, for thousands of years, we got by without office blocks, conferences, and annual meeting events. Therefore, having learnt a new way, it does not follow that there is no going back. Change can mean revisiting what worked before a crisis. The primary reason to build an office in the first place was to keep an eye on things.

Along came machines. The machines promised greater efficiency, speed, and less people. It didn't happen that way. A fast-growing business needed more people to manage the money, the suppliers and, of course, the people who stood by to fix the machines. The factory workers reduced, and office workers increased. Musical chairs had begun, forced to do so by the demands from the market and the desire to grow. It was the dawn of mass production and the challenge for handmade anything.

Fundamental to the concept of an office was the boardroom. Often, its only role was to make a statement or give a clear message about the brand. Think of a lawyers boardroom years ago. The boardroom became a meeting room as the demands of business grew and meeting rooms increased to facilitate the parallel requirements. Meetings gave us more specific identities – the sales meeting, the production meeting, the finance meeting. Giving us identity meant we became part of a tribe. The tribe members wanted to meet and learn from likeminded fellow tribe members but even though their company was a big company, they hadn't enough salespeople to make a tribe. Instead, a conference was created where a small number could become part of a bigger more powerful tribe and on it goes. Though it all looked static, it was constantly shifting.

Efficiency came again and the town centre factories moved to what we called industrial estates. Meetings had to adapt to follow the fast-flowing current of business dynamics and change.

HR was born and that created new concepts like induction, training, appraisals, and company handbooks. And all these things required meetings, big and small, and of course, the annual conference.

But it didn't take long to see the impact of wonderful technology wizards. Memos were replaced by email, clocking in was a thing of the past and mobile phones truly allowed us to be mobile. Communication had changed forever and got much faster demanding faster results and even more calls for speedy output, efficiency, and measures.

All the while, the purpose of the office and meetings – to be and work together – was slowly but surely being carried away in the slow undercurrent of constant change. Questions never ever thought of were now being considered.

Then came the pandemic and we had no choice. Whilst the world ground to a halt so much could not – hospitals, food production, transport and so much more. They still needed to meet, to control and to produce but the world of meetings was gone. Then along came a brand-new world of online meeting platforms. GoTo, Microsoft Teams and Zoom. We learnt quickly, we adapted, and we got familiar. Those who were out of reach were within reach, no matter where they are.

Of course, there are 2 distinct dynamics rubbing against one another in all of this. If you like, one practical, the other emotional. The practical has found new ways to eliminate the need for travel, the need to meet and the way to be efficient and save money. The emotional is that we miss the human need to interact, chit-chat, be together, hug, and grow our network, self-worth, and goals.

Right now, these two tectonic titans are competing. Ultimately, efficiency will trump the desire to meet and big will no longer beat small but faster will trounce slower. That is exactly the space that technology has built for itself and how many of us would give up our most used Apps and go back to what we did before them?

It is human nature to want to meet. Take Ireland as an example and a simple parallel.

Ireland is famous for its pubs and bars and the most iconic are beautiful rural pubs full of warmth, stories, and crackling turf fires. At first glance, many people see them as a place to drink, celebrate, take shelter, escape and more. Yes, they do all of that but that's not why they came to being. Rural pubs are often in very small communities in remote and isolated places. These agricultural landscapes are sparsely populated by farmers who lead a lonely life working in their daily boggy earth. The pub was simply a place to go after long lonely days. A place to retouch our fellow human beings and a place to enjoy our gregarious nature.

No matter what changes a pandemic brings or what advances technology will continue to surprise us with, people will always want to meet people. It's what makes us who we are.

What form that takes will change, what that change is remains to be seen.

However, one thing is certain in the corporate world. The future of meetings will never be the same. It is simply not possible to forget a traumatic event and traumatic events change behaviour and create consequences.

Though it would be nice to imagine a new meetings world driven by a philosophical desire to promote our gregarious nature, it will be driven by cost, speed, technology, and efficiency.

Efficiency and speed are the infinite pursuit of every business and there is already a lot of evidence to suggest that working from home has increased performance.

Post pandemic, the only certainty is that people will continue to meet, what remains to be seen is how and in what numbers.

For now, uncertainty is the present, but the future status quo will emerge soon enough.

Perhaps it's time to build a plan around uncertainty and have a Plan A and a Plan B.

Like my friend, the banker, one of your choices will be correct.

Conor Kenny is the Principal of Conor Kenny & Associates, a professional development, training and direct consultancy company, (Best Professional development Consultancy 2018 – Irish Enterprise Awards) specialising in developing your people, performance and business. His own expertise is writing and delivering high sales skills workshops and his first book, acclaimed by The Irish Times.