The Student Hotel is pushing ahead with 550-room TSH Hotel in Belfiore, Italy

The Student Hotel is pushing ahead with its plan for a landmark 82,000 sqm mixed-use development, anchored by a 550-room TSH hotel, in Belfiore near the city centre of Florence, after receiving a key zoning permit from the local municipality in mid-May. This is the largest of five developments the Amsterdam-headquartered developer/investor and operating company has in Italy (Florence x 3, Rome, Bologna) and takes TSH's total investments in the Italian market to around €375 million, with six more projects targeted.

Charlie MacGregor, TSH founder and CEO, said: "The stunningly beautiful city of Florence is a magnet for TSH's core community of international students, but its popularity also means there is huge pressure on accommodation close to the centre. The planned development at Belfiore is one of the largest in the city and our second in Florence. It will create a vibrant and attractive alternative destination for visitors and locals alike at a site that has been a wasteland for 12 years. The Student Hotel has made a strong commitment to Florence and our first project, TSH Florence Lavaginini, won the prestigious 'Best Mixed Use Development Award' at MIPIM, the world's largest real estate trade fair and city showcase, in Cannes this year."

The Student Hotel at in Belfiore, will have 3,000 sqm of co-working office space under TSH's Collab brand, an inhouse Commons restaurant, a 1,500 sqm supermarket and 600 parking spaces. The hotel's large events space and roof garden will be accessible to all. This extensive mixed-used development will accommodate further 1,300 sqm of third-party retail and food & beverage units at the location. Guests and locals alike will be able to work-out in a 50-metre pool and a gym.

Site substructure preparation safety work is due to start late summer and following final building permit approval next year, construction will begin on the TSH hotel and other facilities, which are scheduled to open in September 2022. The development will result in the complete regeneration of the site, a former Fiat factory and office, with the integration of more green public spaces also substantially improving the local environment.

Florence has the third largest student population in Italy and a large international contingent following the
27 international educational programmes on offer in the city. The Student Hotel is planning a third development project in Florence, which would bring the total number of TSH student and guest rooms to about 1,200. Together these three developments are projected to generate around 200 new local jobs both directly and indirectly. 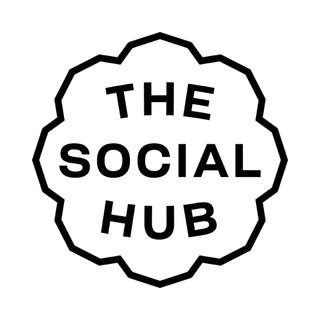 The Student Hotel is where the needs of the demanding 21st century student and the design-savvy traveller of today meet in dynamic harmony. By fusing luxury, long-stay student accommodation with short-stay facilities for the social globetrotter, The Student Hotel is pioneering a modern hybrid in hospitality, the likes of which have never been seen.
brand information
Brand Owner

The Student Hotel concept started with one simple observation: that students deserve better. Today, that vision has become reality and grown to encompass all guests with a ‘student spirit’. From design-savvy travelers to next-gen entrepreneurs, TSH now welcomes thousands of people annually to its ever-expanding portfolio of urban campus-style hotels across Europe.
more information
Hotel Details