Hampton By Hilton Bialystok Will Open This Year In Poland

Hilton (NYSE: HLT) today announced plans to open a new Hampton by Hilton hotel in Poland. Hampton by Hilton Bialystok will be developed by Rogowski Development and managed by VHM Hotel Management and will include 122 guest rooms when it is expected to open later this year.

As the largest city in north-eastern Poland, Bialystok is perfectly located to discover the natural wonders of the Podlachia region. It is both a regional tourism hub and home to multi-segmented industries including machinery, food processing and textiles. Its geographical position makes it a major transportation hub between Poland and the East (Belarus, Russia and the Baltic States) via train and car.

Hampton by Hilton Bialystok will be a new-build, six-story property and will feature facilities including a Hampton Hub, fitness center, flexible meeting spaces and parking.

The historic Lipowa Street is a short walk from the University of Bialystok campus, the Podlaska Opera and Orchestra and the famous Puppet Theatre of Bialystok.

As the number one ranked lodging franchise for the past 10 years, according to EntrepreneurÂ®, Hampton by Hilton, including Hampton Inn by Hilton and Hampton Inn & Suites by Hilton, serves value-conscious and quality-driven travelers at more than 2,450 properties with more than 254,000 rooms in 27 countries and territories.
brand information
Management Company 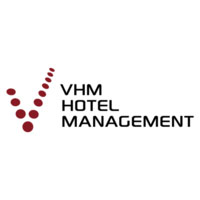 Established as a subsidiary company of Satoria Group due to the growing market demand for management entities, geared up for professional hotel management, operating under international brands.
more information
Brand Owner

Hilton (NYSE: HLT) is a leading global hospitality company with a portfolio of 17 world-class brands comprising nearly 6,000 properties with more than 954,000 rooms, in 117 countries and territories. Dedicated to fulfilling its mission to be the world’s most hospitable company, Hilton earned a spot on the 2019 World’s Best Workplaces list, and has welcomed more than 3 billion guests in its 100-year history.
more information
Hotel Details