Situated in a coveted space on Lake Placid's Main Street, the historic Hotel North Woods will reopen this fall after a major renovation, unveiling a fresh look under a new name: Grand Adirondack Hotel, a Tribute Portfolio Hotel. Conceptualized, managed and capitalized by the team at Wright Investments, the Grand Adirondack Hotel will embody the spirit and soul of Lake Placid and the natural environment that surrounds the town. The hotel joins Tribute Portfolio, Marriott International's growing global family of characterful, independent hotels drawn together by their passion for captivating design and their drive to create vibrant social scenes for guests and locals alike.

Fully reimagined, the hotel's elevated design, culinary offerings and programming will immerse guests in the charming destination, combining the whimsy and romanticism of the great outdoors with the laid-back luxury of the Great Camps of the Adirondacks.

Originally opened as Hotel Marcy in 1927, the redesigned 92-room hotel will take cues from its former identity, juxtaposing past and present. The property's history and natural surroundings are reflected in the details, including a redesigned lobby, elevated food and drink concepts, well-appointed guest rooms, and a vibrant rooftop bar with stunning views of Mirror Lake, Whiteface Mountain, the High Peaks and five Olympic venues.

Wright Investments has curated a multi-level team to leverage their capabilities of hospitality investment, hotel and food and beverage operations and capital project management. This group includes renowned hospitality, retail, and residential design studio Post Company (previously named Studio Tack) for the redesign. Based in Brooklyn, Post Company is widely known for its work on Scribner's Catskill Lodge in Hunter, NY and Marram in Montauk, NY.

The property will feature artwork from celebrated and local artists alike. Pieces from James Prosek, whose first book Trout: An Illustrated History was hailed by the New York Times as "a fair bid to become the Audubon of the fishing world," will be displayed in guestrooms, while works from award-winning watercolorist Sarah Yeoman are featured as part of the new branding and will appear on stationery and other guest amenities.

Occupying a central location on Lake Placid's Main Street, the hotel provides the perfect home base to explore all the destination has to offer. The destination is home to the Adirondack Park, created in 1892 by the State of New York, which is larger than several states in New England and bigger than Yosemite, Yellowstone, Glacier, Grand Canyon, and the Great Smokies National Parks combined. It features over 2,000 miles of marked hiking trails, 15 miles of mountain bike trials, 6 million acres of mountains, 3,000 freshwater lakes, rivers, streams and ponds teaming with aquatic life for year-round fishing, canoeing and kayaking excursions, and much more.

Tribute Portfolio is a growing global family of characterful, independent hotels drawn together by their passion for captivating design and their drive to create vibrant social scenes for guests and locals alike.
brand information
Management Company 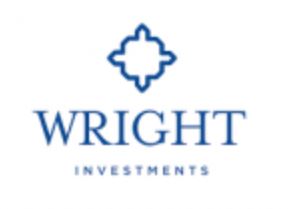 Wright Investments, Inc. is a vertically-integrated hospitality platform that has been involved in approximately $2B of hotel assets over 28 states since 1982. For almost 40 years, the firm has worked with premium brands, consultants and financial partners and targets urban and leisure destinations.
more information
Brand Owner

Marriott International, Inc. (NASDAQ: MAR) is based in Bethesda, Maryland, USA, and encompasses a portfolio of more than 7,600 properties under 30 leading brands spanning 133 countries and territories.
more information
Hotel Details