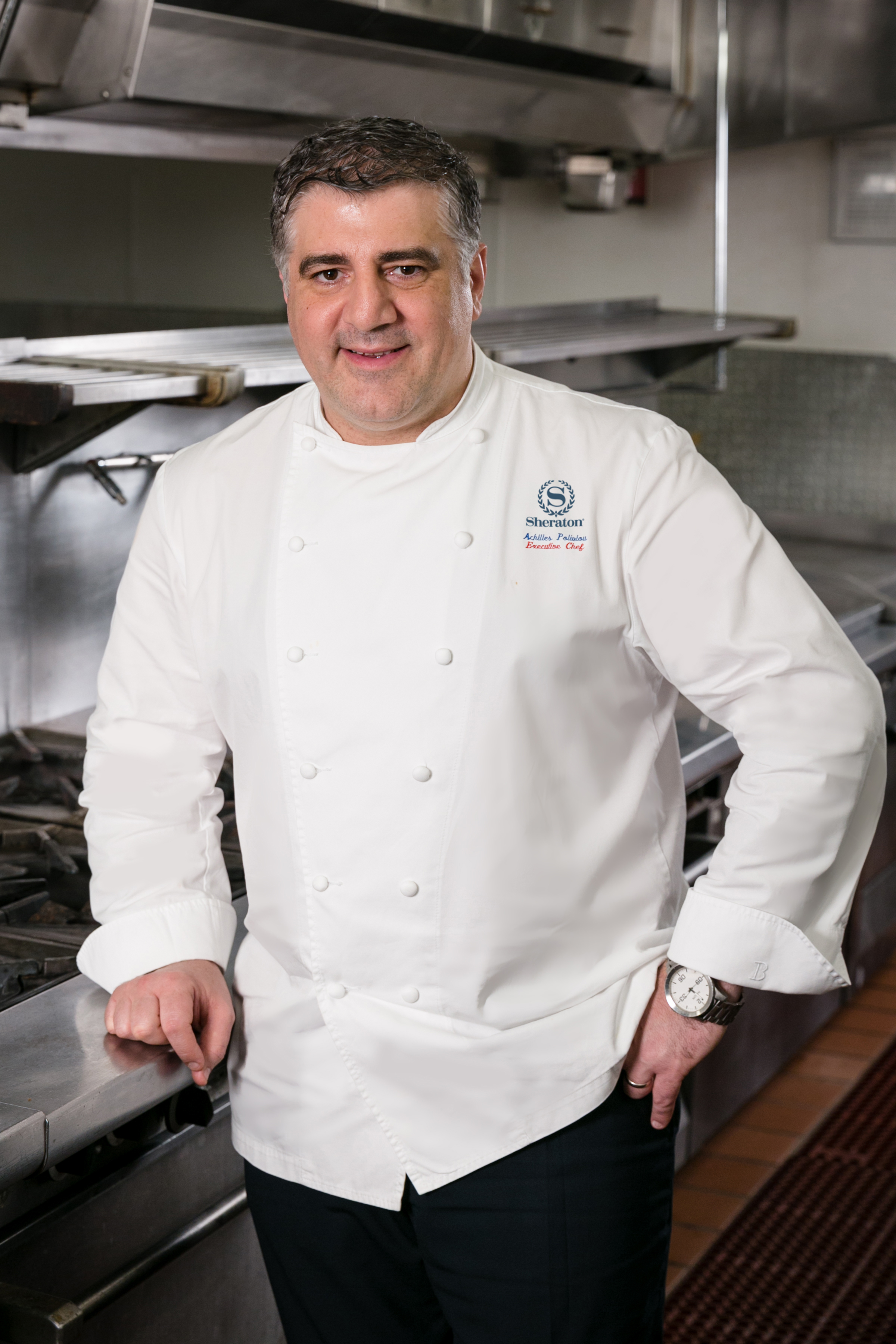 The Sheraton New York Times Square is proud to announce the appointment of Achilles Poliviou as Executive Chef. A classically trained chef with deep experience leading culinary programs in New York City hotels, Chef Poliviou brings more than 25 years of trademark food and beverage excellence from brands including Ritz-Carlton, JW Marriott and St. Regis, among others.

Most recently Executive Chef at the iconic JW Marriott Essex House in Manhattan, Chef Poliviou is known for his distinct style, stemming from his training under acclaimed Chefs Gary Kunz of Lespinasse at the St. Regis Hotel, Patrick Clark at Tavern on the Green and Christian Delouvrier of Les Celebrites. Chef Poliviou also has led culinary operations in New York, San Francisco, Chicago and Philadelphia, including the New York Marriott Marquis, Marriott at the Brooklyn Bridge and The Ritz-Carlton Georgetown in Washington, D.C.

Chef Poliviou is devoted to promoting the culinary arts and is the recipient of numerous awards for his support of the local community, including being named winner of the James Beard Grand Tasting Chefs Table in 2014. President of Les Amis d'Escoffier Society since 2015 and Executive Member of the board, he also has been a member of the American Culinary Federation Big Apple Chapter since 1991. Chef Poliviou often participates in high-profile competitions and events such as the Chefs Collaborative Summit in NYC, guest speaking at notable trade shows and colleges, and has made several appearances on Food Network and The Cooking Channel.

Chef Poliviou is a graduate of the Culinary Institute of America. He resides in New York with his wife and two daughters, and enjoys deep sea fishing and family time at the beach in his free time.

21 October 2021 — The JW Marriott San Antonio Hill Country Resort & Spa is pleased to announce Kip Reuman has accepted the position of Destination Sales Executive which completes the resort's sales team.Kip Reuman previously served in the role of the resort's Director of R oom Operations and looks forward to shifting his focus to group sales.
read more