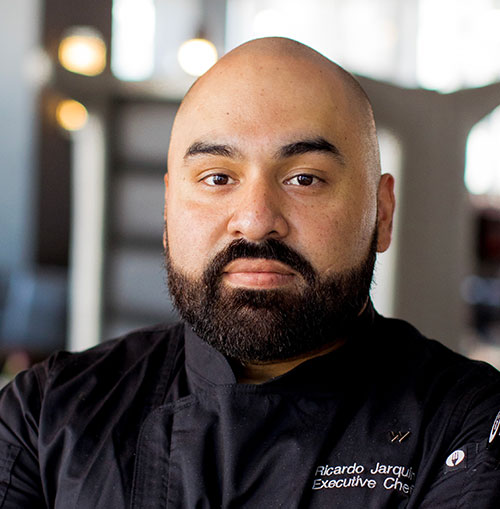 W Miami, recently named the #4 Miami Hotel in Conde Nast Traveler's Readers' Choice Awards, is proud to introduce Ricardo Jarquin as executive chef. The award-winning chef will oversee all culinary operations for the hotel, including the curation of the menus for the hotel's signature restaurant, ADDiKT, the WET Deck Café at the newly reopened 15th floor pool, and in-room dining. He will also oversee operations for the B&F aspects of group bookings and events.

Chef Jarquin joins W Miami from his previous position as executive chef of Silverado Resort, a Dolce Hotel, in Napa, California, where he led all food and beverage operations for the 350-room luxury resort. While at Miami High School, Chef Jarquin discovered his love of cooking after enrolling in a culinary arts program sponsored by prostart. This led to his introduction to executive chef of Palme d'Or, Philippe Ruiz, at the Biltmore Hotel, who then provided Chef Jarquin with his first job in the industry where he was eventually promoted to banquet chef. He further followed his passion by enrolling at Johnson & Wales University to receive his degree in Culinary Arts, and cut his teeth in kitchens with Miami culinary mavericks including Michelle Bernstein and Michael Schwartz. Chef Jarquin's career continued to be lined with success and accomplishments, earning his first role as executive chef in seven short years at ULU Ocean Grill in Four Seasons Hotel in Kailua-Kona, Hawaii. He established himself as a force in the culinary world, working with Michelin star chefs such as Daniel Boulud and Jean Georges in New York City. Chef Jarquin landed executive chef roles at other top restaurants and hotels in major cities across the United States, including the Five Diamond rated Langham Hotel in Chicago.