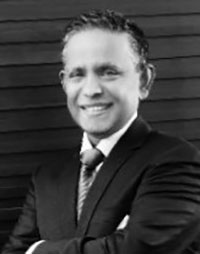 Dillip Rajakarier will soon take up the role of group CEO for Minor International, effective 1 January 2020, the Thailand-based hospitality announced.

A seasoned hotelier, Rajakarier has been instrumental to the global expansion drive of Minor International and Minor Hotels throughout the past decade, including the acquisition of Spain's NH Hotels.

17 January 2020 — Benwahmane has experience in hospitality-focused project management, as well as strategic business skills in resorts and high-end hotels. In his two decade career, he has worked across both Europe and the Middle East.
read more

17 January 2020 — Buckley was previously group director of revenue for Dubai-based JA Resorts, during this time she oversaw revenue management for seven properties in Dubai, Seychelles and the Maldives. Her previous positions include area revenue and distribution manager for Guoman Hotels, area revenue manager for IHG in the UK and director of revenue for Mövenpick Hotels & Resorts in Thailand.
read more