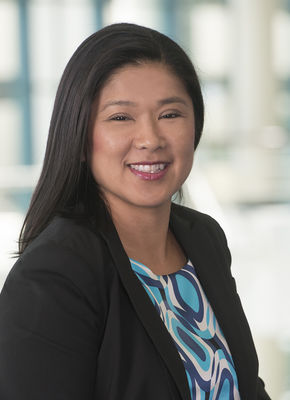 Throughout her career, Vuong has amassed more than 27 years of event management, and operations experience at some of the largest arenas, entertainment venues, and convention centers in Florida—a top-tier international market for hospitality and events. As Director of Operations for Informa Markets, Vuong managed everything from event logistics and signage to transportation, sustainability, and security for Florida Boat Shows. She spent more than 20 years working for ASM at the Greater Fort Lauderdale/Broward County Convention Center, starting as Event Manager and eventually working her way up to Director of Sales, Event Services, and Marketing. Other major Florida venues she has worked at include The Bayfront Center: Times Arena and Mahaffey Theater in St. Petersburg and the Orange County Convention Center and Addition Financial Arena (at the University of Central Florida) in Orlando. Before that, Vuong worked at the Georgia World Congress Center, where she was appointed Sector Coordinator for the Atlanta Committee for the Olympic Games.

In her new role, Vuong will assist Freddie Peterson, General Manager of MBCC, in managing the day-to-day planning, maintaining, managing and event operations across the entire MBCC Campus—which includes the convention center, Pride Park, Collins Canal Park, and the new Venu and The Rum Room. Outside of her supervisory roles, Vuong will observe MBCC's administrative organization, procedures, policies, and programs, and make recommendations where necessary. Drawing on her decades of expertise, a large part of Vuong's job will be to ensure every event is exceptional to create memorable experiences for all MBCC visitors.

Vuong earned a Bachelor of Science in Marketing from the University of Central Florida and later studied Facility Management at the School of Public Assembly in West Virginia. Her success in the industry is credited to her hard work, determination, and attention to detail. Managing many different departments, Vuong takes a team-oriented approach to her work and handles her daily responsibilities with enthusiasm and a calm, friendly demeanor.