Accor is positioned as global leader in the lifestyle sector

2018, a record year for Accor in terms of hotel development

A historic year for the Group with record openings and signings, and strong acceleration in the lifestyle sector, mainly due to the acquisition of 14 new brands that greatly strengthened the Group's portfolio in this segment.

With 100,000 guestrooms opened in 2018 - including organic growth and acquisitions - the Group consolidated its presence and international leadership in the fastest growing markets with strong, iconic and complementary brands, with the ability to meet all expectations, including those of customers and owners.

Gaurav Bhushan, Chief Development Officer at Accor, commented, "Once again this year, the Group has proved its capacity to push its own limits. Just one year ago, Accor consolidated its international footprint by passing the symbolic milestone of 100 countries. Never in its history had Accor opened as many hotels as in 2018. The Group also dramatically strengthened its position in the Lifestyle sector. In a very short time, our teams have successfully assembled a strong and comprehensive brand portfolio in this market, thereby responding to very high demand across all segments for brands from economy to luxury."

Travelers are always more attuned to unique brands, with strong personalities, that are simultaneously urban working environments and places to socialize and enjoy new experiences. Seeing works of art, tasting original dishes and cocktails, enjoying the scent of floral bouquets and essential oils, touching fine wood and touchscreens - the lifestyle market continues to grow and has the most important growth in the industry, and Accor is awakening our 5 senses through ground-breaking experiences. Each brand is positioned in a clearly distinct space. Accor's lifestyle hotels are welcoming and modern locations that offer:

Major opening and signings throughout 2018

"The signings in 2018 will translate into record openings across all segments, in particular with Raffles, which will open its first hotel in the United States, the SO/ brand, which will become established in several attractive regions, as well as some great new hotel openings in the midscale and economy segments." said Gaurav Bhushan, Chief Development Officer at Accor.

Asia-Pacific: The Group has established its leadership with more than 500 hotels and almost 100,000 rooms in the pipeline as well as the symbolic signing of the brand's first Orient Express hotel in Bangkok (154 rooms)
What were the highlights of 2018?

North and Central America: Accor continued its expansion with a total of near 30 hotels and almost 5,000 rooms in the pipeline including the signing of the first Raffles in the US, in Boston (187 rooms)
What were the highlights of 2018?

South America: Accor has over 110 hotels and almost 15,000 rooms in the pipeline, notably with the return of the Sofitel brand - the first hotel on the continent in 10 years - with the signing of Sofitel Calablanca Baru (187 rooms) What were the highlights of 2018?

Europe: Over 300 hotels and almost 40,000 rooms in the pipeline, the opening of the first Raffles in Poland, in Warsaw, as well as the first Tribe property, in Glasgow. What were the highlights of 2018?

Africa & Middle East: 170 hotels and 42,000 rooms, including prestigious signings such as Pullman Accra in Ghana (363 rooms) What were the highlights of 2018?

Born in 1967, Novotel is a 4-stars International midscale brand for business & leisure travelers, with hotels located in the heart of major international cities, business districts and tourist destinations.
brand information

The stylishly designed hotels where the little extras don’t cost extra! A non-standardised economy and design brand aimed at all those who are looking for “the best of the best”, ibis Styles offers an all-inclusive package, with room rates including breakfast and internet access.
brand information

Fairmont Hotels & Resorts is where occasions are celebrated and history is made. Landmark hotels with unrivalled presence, authentic experiences and unforgettable moments have attracted visitors to Fairmont and its destinations since 1907.
brand information

Raffles Hotels & Resorts boasts an illustrious history and some of the most prestigious hotel addresses worldwide. In 1887, Raffles Singapore set the standard for luxury hospitality, introducing the world to private butlers, the Singapore Sling and its enduring, legendary service.
brand information 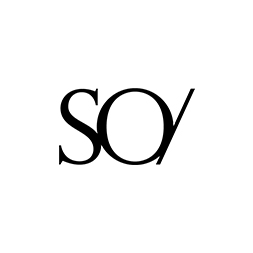 A vivid cocktail of luxury, sophistication and style. An audacious burst of local energy with an unmistakable playful twist. An edge that sets the experience apart. Fashionable and social, it’s the place to be and be seen, connecting the like-minded.
brand information
Other Brands by Accor

Accor is a world-leading augmented hospitality group offering unique experiences in more than 5000 hotels and residences across 110 destinations. The Group has been acquiring hospitality expertise for more than 50 years, resulting in an unrivaled portfolio of 39 hotel brands, from luxury to economy, supported by one of the most attractive loyalty programs in the world.

Accor is deeply committed to sustainable value creation and plays an active role in giving back to planet and community via its Planet 21 - Acting Here program and the Accor Solidarity endowment fund, which gives disadvantaged groups access to employment through professional training.

Accor SA is publicly listed on the Euronext Paris Stock Exchange (ISIN code: FR0000120404) and on the OTC Market (Ticker: ACRFY) in the United States. For more information visit accor.com. Or become a fan and follow us on Twitter and Facebook.