True North Hotel Group today announced that it is opening four new hotels within a month with an additional fifth on track to open in the first quarter of 2021.

A dual-branded SpringHill Suites and TownePlace Suites by Marriott will open next week in Wrentham/Plainview, Mass., between Boston and Providence, serving as a prime access point to all of New England. The properties anchor RAVentures' new Ledgeview Way mixed-used development located at the prime intersection of Interstate 495 and Route 1. Along with the two hotels' 160 rooms, the development also includes retail, restaurants, an assisted living facility, luxury apartments, a veterinary hospital and self-storage facility. The SpringHill and TownePlace Suites hotels are owned by Ledgeview Hospitality, LLC, and managed by True North Hotel Group.

Also opening in late October is a new Fairfield Inn & Suites in Klamath Falls, Ore., a destination spot 25 miles north of the California border known for its Volcanic Legacy Scenic Byway, six national wildlife refuges, Klamath Falls, and the Pacific Flyway which reportedly draws the largest concentrations of waterfowl in North America. Situated on Upper Klamath Lake with a short walk to historic downtown Klamath Falls, and within an hour of both Crater Lake National Park and Lava Beds National Monument, the 92-room-and-suite hotel is owned by Ferguson Hotel Development and managed by True North Hotel Group.

Opening in early November is a 120-room Home2Suites by Hilton in Wayne, N.J., located at the crossroads of Routes 46 and 23 and bordering the town of Fairfield, N.J. Adjacent to Willowbrook Mall and with easy, proximal access to both Manhattan and Newark Airport, the hotel is managed by True North Hotel Group and owned by DC Partners.

True North's fifth new hotel to open within six months, a 120-room AC by Marriott, will debut in the first quarter of 2021 in the heart of downtown Tuscaloosa, Ala., home of the University of Alabama. Featuring a full rooftop bar called Fifth on 6th, the hotel is True North's first AC by Marriott and is owned and managed by True North Hotel Group.

Brad Wiens, president of True North Hotel Group, said, "We are very optimistic about the continuing uptick in travel and confident in the premium locations each new property represents. Best, our teams in all five hotels are enthusiastic and ready to do what they do best: provide exceptional, safe experiences for our guests."

True North Hotel Group's core strengths as an established, pioneering developer of extended stay and select service hotels, and its expertise in third-party management, have long placed the company at the forefront of major brands and investors that recognize the company's ability to deliver innovative solutions, best-in-class results and exceptional guest experiences. A proud seven-time recipient of Marriott International's Partnership Circle Award, True North's portfolio will by the first quarter of 2021 include 25 hotels within the Marriott, Hilton, Hyatt and Holiday Inn brands. Another Home2Suites is slated to break ground in the second quarter of 2021, along with additional sites identified for ground-up opportunities and acquisitions. 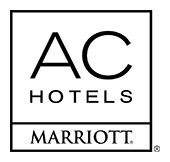 AC Hotels includes over 175 hotels in more than 25 countries and territories. At AC Hotels, every moment has been designed, refined, crafted, and considered to create a seamless guest experience. Each AC Hotel features purposefully designed signature spaces that strike the perfect balance of form and function.
brand information

Fairfield by Marriott was founded on the principles of warm, trusted service and friendly hospitality inspired by its unique heritage as the namesake of the Marriott family retreat, the Fairfield Farm.
brand information

SpringHill Suites by Marriott is the largest all-suites upscale hotel brand that is refreshingly different. With stylish surroundings that are beyond the ordinary at over 485 properties across the U.
brand information

TownePlace Suites by Marriott is an award-winning, all-suites hotel brand ideal for travelers who want to make the most out of longer stays. With over 445 properties across the U.S. and Canada, the brand’s simple yet innovative design, features personal touches and clever details that also provide a sense of calm and comfort.
brand information