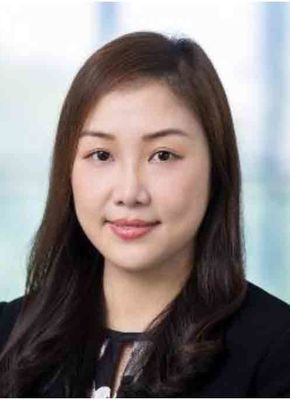 The need to choose nutritious foods and limit unnecessary calories has become a particular focus in developed nations in recent years, as concerns have grown over the negative health effects of overeating. Focusing on just the United States, for example, well over one-third of adults are classified as obese, and nearly one in five children and adolescents are also overweight. Government officials and other organizations at all levels have attempted to offset this trend, typically by offering education in nutrition or even legislating restrictions on certain food categories. Efforts to promote healthy diets have included promulgating various types of food pyramids, banning or restricting soft drinks, and putting pressure on the restaurant industry to find ways to limit the selection of unhealthy food —including publishing calorie counts and nutrition information for entire menus.

All for naught, it seems, given that consumers generally prefer their old favorites, rather than the healthier alternatives — especially when they are dining in a restaurant. However, EHL professor Elisa Chan and her co-researchers Robert Kwortnik, and Brian Wansink from Cornell University have identified a new approach to encourage healthy eating based on consumer psychology.

In short, they propose that restaurants should give their guests incentive points when they choose healthy food. Their study, to be published in the Cornell Hospitality Quarterly, compares the use of incentives to a more typical approach of offering discounts on healthy food. Incentives were found to be far more successful.

To start with, the researchers realized that the effort to encourage healthy eating meant they had to counteract a lifetime of eating habits — some of which were unhealthy. Next, they realized that people often seek instant gratification when they choose unhealthy food. Given these two factors, they settled on a strategy of focusing diners on the future — a healthy future — by giving reward points that could be redeemed at a later date.

To test this idea, the researchers started with three studies in which they compared the effects of discounts versus reward points. This approach is rooted in consumer psychology, because previous research has shown that offering discounts focuses consumers on the present moment, while the chance to collect reward points directs their attention to the future. As a consequence, the focus on the moment encourages indulgence, while the focus on the future can promote healthy attitudes.

In the three experiments, the participants were presented with a scenario in which they were offered different incentives as they chose between French fries or salad. The first experiment involved U.S. college students. Some of these students were put in a discount group. Half of that group were told they would receive a discount of 50 cents when they selected a combo meal with fries, and the other half were offered the same discount if they selected the combo meal with salad. The rest of the students were in the incentive group, where half would receive an incentive of 50 points (worth 50 cents) for ordering the combo meal with fries, and the remainder were offered a similar incentive for selecting the meal with a salad.

The results were clear: the students who were offered a discount were more interested in fries, while those who were presented with the option of points said they would order the salad. The researchers repeated this scenario-based experiment with two groups of adults, including a group that was overweight, as measured by their body mass index (BMI). The results were largely similar, except for one peculiar finding. As the researchers write in their study: "Behavioral rewards increase intention to purchase a healthy food only for people who are overweight, and financial discounts increase intention to purchase an unhealthy food only for people who are normal weight." This outcome again confirms a point of consumer psychology, in which people use external cues when they are presented with incentives that run counter to their usual eating habits.

The remaining question was whether behavioral incentives would work in real life, so the researchers took their study to a business cafeteria where they had to work with the cafeteria's menu in terms of food choices. Thus, they tested whether incentives would encourage staff to order a regular salad at the salad bar, and, further, whether they would choose a vegetable side dish rather than a potato dish at the hot entrée station. To do this, the cafeteria offered a points incentive for the regular salad and for the vegetable dish for one week, and then offered a discount for the salad and the vegetable dish, also for a week each. They then compared overall sales of these items during the intervention weeks to sales levels before and after the test.

As occurred in the scenario-based studies, the reward-points incentives encouraged the cafeteria diners to purchase more regular salads at the salad bar as compared to the price discount (although sales went up in both tests). The incentives also encouraged people to select the vegetable dish over the potato dish to a greater degree than the discounts did.

Considering the original purpose of this study, which is to improve public health, the researchers also asked respondents who were willing to share personal information whether they had lost weight during the field study, particularly those with a high BMI. This group reported that they lost more weight during the time when the cafeteria was offering the reward points (as compared to during the price discount).

In conclusion, the researchers suggest that policy-makers take consumer psychology into account when developing regulations intended to improve people's eating habits. The key is to use marketing incentives to change bad habits, to encourage people to focus on a healthy future and distract them from the normal human desire for immediate indulgence.

To find out more about this study, click here.

Prior to joining EHL, Elisa was Project Officer at the Center for Hospitality and Real Estate Research at the Chinese University of Hong Kong where she oversaw research projects with various companies in the hospitality industry. She was also involved in the Center’s executive training programs for various international hotel brands in collaboration with Universities in China and the United States.