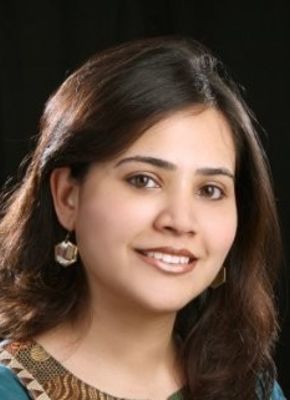 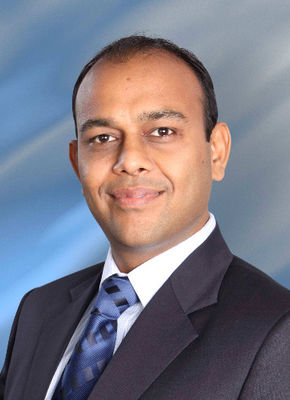 For long, hotel owners have been trying to find ways to safeguard their investments and interests during negotiation of management contracts with potential operators. And indeed, they have made notable headway. There was a time when a performance test clause featured sparingly in management contracts. Over the years, however, it became a standard provision in most agreements being signed in the west. Today, owners across the globe, including in Asia Pacific, insist on this requirement even as operators continue to wrap it with several riders. An equitable performance test clause protects the hotel owner from an incompetent operator, while at the same time assuring the management company that it will not be terminated for circumstances beyond its control.

But is the performance test clause the only way the operator's abilities can be verified during the life of a contract? The answer is NO. There are several other techniques that owners can employ to protect themselves from an incompetent operator. In fact, North America and Europe are already witnessing an increase in the inclusion of a range of new owner-oriented provisions in management contracts; Asia Pacific, however, is far behind, with owners being content with simply managing to raise the performance test thresholds from "low" to "somewhat acceptable". Hence, we offer here a glimpse of what owners across the world have managed to secure from operators beyond the traditional performance test clause.

Typical Performance Test with a Twist: While GOP (aka budget test) and RevPAR-based tests, offered independently or in combination, are quite frequently found across management contracts in the Asia Pacific, we are noticing a new wave of test structures in the west that are based on the net income performance of the hotel. This is understandable given that a budget test can be manipulated by the operator, while a RevPAR-test does not examine expenditure management; in contrast, a net income test assesses the operator's ability to augment the hotel's revenues as well as conduct efficient operations. In addition, other types of profit-oriented tests, which evaluate the performance of the hotel's GOP/NOI against novel benchmarks such as an owner's priority return or any other pre-determined monetary amount (that is often based on debt service), can be increasingly found.

Specifically, in India, our research reveals that nearly 75% of the management contracts being signed, carry a performance test clause. The ones that don't, are being signed by owners who have little experience in negotiating management contracts and/or are doing so without the help of experts in the field. Among the contracts that have a performance test clause, an independent RevPAR-based test is most common, followed by an independent budget test. One can also see instances of other types of profit-oriented tests discussed above (see 'budget/profit-oriented tests' and 'others' in Figure 1) being offered, which is a positive sign and an indication of a 'gradually' maturing industry.

Moreover, even the determination of the cure payment - the shortfall that the operator needs to compensate the owner in case of a performance failure, either by foregoing its fees or in cash - is undergoing a change. Mostly, the cure amount corresponds to only the last year of the test period. So, if the test period is for two consecutive years and the operator fails the performance test, the deficit amount (to make up for the shortfall the owner would have otherwise been entitled to receive had the test been passed) is based on the second year alone and not both years. This structure is unfavorable for the owner, as it only compensates for the loss incurred in the last year of the test period and not the entire duration. However, this can be seen altering, with some operators now willing to consider the complete test period by agreeing to either pay a sum of the shortfall across all years, or an average - which is distinctly more reasonable than the former structure.

Conditional Contract Renewal: Most management agreements may be extended by either the operator or the owner acting alone or in agreement. However, the renewal of the contract can also be subject to the operator meeting or crossing a pre-defined extension threshold or a performance hurdle. For example, the contract may state that the renewal is subject to the hotel maintaining an occupancy greater than 75% or meeting a GOP threshold or a pre-determined RevPAR threshold in each of the three/five years preceding the end of the initial term. Now, although a renewal on mutual consent allows the owner the authority to agree/disagree to an extension of the contract, a performance-based conditional renewal requires the operator to earn its place at the renegotiation table.

In the Indian context, while owners have been successful in obtaining the right accept/reject a renewal term via the mutual consent condition, performance-based renewal is rare, as shown in Figure 2.

Duration of the Territorial Restriction: Yet another way in which the operator's abilities can be tested is for the territorial restriction/area of protection (AOP) to remain in effect until a performance hurdle is crossed or met. Typically, an AOP lasts for a specific period from the signing of the contract or the opening of the hotel, often based on the number of years the property is likely to take to stabilize its market penetration. In some management contracts, however, certain performance criteria are incorporated, usually occupancy-based, as a precondition to the operator entering the market with another property. This may require the operator to achieve an occupancy level of, say at least 78% for two consecutive years, before being affiliated with another hotel within the restricted area. Here, it is important to note that the occupancy threshold must be determined carefully based on the demand for room nights in the area. Such a clause is extremely rare in India, and hopefully it shall find its way into future contracts post owners and developers reading this article.

Incentive management fee is payable to the owner only if specified performance thresholds are met. These thresholds could be in the form of operating profit margins, or include a return on investment for the owner. An owner's priority return is usually a return on the investment made by the owner that is based on the development/acquisition costs of the hotel and additional capital investments made in the property. When this is included in a management contract, it often supersedes the payment of operator's incentive fees. On the other hand, an operator minimum performance guarantee is a commitment made by the operator ensuring that the owner receives a certain level of profit; in case of failure, the operator guarantees to make up for the shortfall to the owner via extending its own funds - either in way of cash or by forgoing certain fees due to it. Inclusion of such provisions in a management contract presents the owner with an additional layer of security to safeguard his/her investment.

It is important to point out that a performance test clause is distinct from such provisions; in other words, a contract can have both a standard performance test clause as well as an owner's priority return/operator minimum performance guarantee clause. In the Indian market, operators are still reluctant to offer an owner's priority or a minimum performance guarantee, except for strategic assets. Based on our research, we find that only 11% of contracts signed in the country offer such an owner-oriented provision.

Other Non-Financial Performance Tests: The number of non-financial performance-based tests is on the rise. The inclusion of such tests allows for a more rounded assessment of the operator's managing abilities. Some examples are TripAdvisor ratings; number of materialized reservations generated through the operator's distribution system vis-à-vis those that are generated by OTAs or third-parties; effectiveness of sustainability measures adopted by the operator; and guest and employee satisfaction scores, among others.

In conclusion, we note that the different ways in which an operator's abilities can be gauged are many, and the above only offers examples of the innovative ideas that owners and their advisors have come up with that operators have agreed to. There can be several other approaches that may be adopted, and we are certain that owners are just beginning to get more for their money!

The Hotelivate team has decades of experience in conducting operator searches and negotiating management contracts in the Asia Pacific region. While hotel owners, both first-time developers as well as seasoned ones, trust us to protect their interests, operators are comfortable with having us at the table because they know that we will ensure a reasonable and equitable dialogue to result in the signing of a balanced contract.

The authors of this article have regularly published research and educational material on the subject, including the pioneering HVS Guide to Hotel Management Contracts that presents the results of an extensive review of close to 500 hotel management agreements across the Americas, EMEA and APAC. It serves as an industry benchmark for an understanding of the key terms and provisions of a hotel management agreement, in addition to highlighting the key differences and similarities in the way these are structured across the primary geographies of the world.

Saurabh Gupta is Managing Partner with Hotelivate, leading the Investment Advisory and Asset Management practices for the firm. His experience in the hotel industry is multifaceted, having performed diverse roles ranging from hotel business development, strategic planning and market assessments to hotel operations, contract negotiations, asset management and transaction advisory.