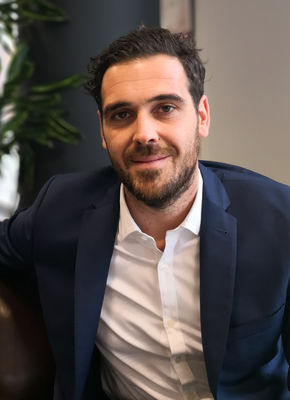 It's almost impossible to read through a hospitality or travel publication these days and not find the latest jaw-dropping statistic on the Chinese traveller market. Here's one: according to The China Outbound Tourism Research Institute (COTRI), the number of overseas trips made within a year by Chinese tourists will exceed 400 million by 2030. And, another: in 2017, China led the world in its investments toward travel abroad, investing a total of US$258,000 million, according to the UNWTO.

The list is endless. Indeed, a lot is said about the Chinese traveller market, perhaps so much so that those of us who operate within the hospitality and travel scene have become somewhat indifferent to the value those travellers now bring to our economies.

This couldn't be truer than in Europe and especially in France, the third-most popular destination in the EU for Chinese travellers, and a country renowned for offering one thing many Chinese travellers enjoy - luxury. In 2016, almost 15% of overnight stays by Chinese tourists in Europe were in French hotels. It's hardly surprising, then, that in our list this year of the top 12 hotel booking revenue makers in France, China's largest OTA, Ctrip, ranks among the top ten.

It begs the question: just how many business opportunities are French hotels missing by not tapping into the lucrative Chinese traveller market?

The question of missed opportunities, it seems, is one finally being asked by politicians across the country. In June last year, the president of Île-de-France, Valérie Pécresse, made a monumental visit to Beijing and Hangzhou to sign a partnership agreement with Fliggy, part of the Alibaba Group, to improve the visibility of France on the Chinese booking website through the creation of a Paris region portal. Speaking on the fact that of the 135 million Chinese who have travelled the world in 2017, only 2 million came to France, Pécresse said, "The reception of Chinese tourists is under potential."

Pécresse's trip signals a positive future for France's hotels, which have arguably overlooked the importance of being seen on Chinese booking channels such as Fliggy, Ctrip and Qunar, and settled merely for visibility on the Chinese language websites of global giants such as TripAdvisor and Booking.com. Of course, a hotel listing on these channels is of great value, but is it value matched by visibility on some of the most widely-used apps by Chinese travellers, such as Mafengwo or Qyer?

As a hotel, it's crucial to be seen where your guests are - and, according to EyeforTravel, seven out of 10 Chinese travel consumers booking through OTAs. They aren't your typical OTAs either; they are websites literally built for mobile. As Lee McCabe, VP, North America for Alibaba Group, puts it: "In the U.S., we went from bricks and mortar to desktop to laptop to mobile. In China, they went from undeveloped bricks-and-mortar landscape straight to mobile. For most Chinese consumers, mobile is the internet, and the internet is mobile to them."

In less than 20 years, China has overtaken the U.S. to become the world's most powerful outbound market.

How well does your hotel lend itself to attracting, reaching and converting this unstoppable and highly-profitable group? Have you highlighted, through your chosen hotel marketing channels, the incredible food, sightseeing and shopping options around you?

Just as you've looked to showcase your hotel property on Facebook and Instagram, have you thought to make it visible, too, on WeChat and Weibo?

Perhaps, like France's leaders, it's time your hotel begins considering which booking channels are key to getting one of the many million Chinese tourists through your front door.

Having spent many years in sales and business development, Bordeaux-native Antoine Aubrun prides himself on understanding the intimate, often-complex needs of his customers. Combined with a passion for travel and the power of technology, it is this understanding that has enabled Antoine to continually find success for France’s hotels, and support them in capitalising on the disruption of Software-as-a-Service and the global reach afforded by online distribution.