Five things we learned about the hotel industry at the Direct Booking Summit: Miami 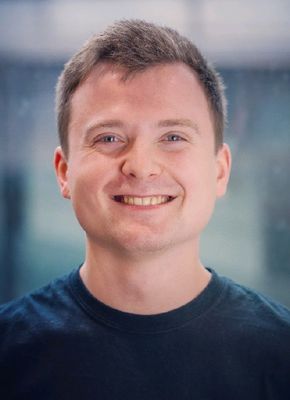 What's on the mind of hoteliers as we look ahead to 2020?

As the leading event for hoteliers around the world seeking to drive online bookings, the Direct Booking Summit provides attendees with a rare glimpse of not only where the industry is right now, but also where it's headed in the future.

Alongside influential speakers from the likes of Google and Hilton hinting at their upcoming plans, the Summit puts a spotlight on the biggest challenges facing hotels of all sizes - from up-and-coming independents to huge, established brands.

We've collated the questions, keywords and ideas that came up time and time again both from the floor and within the Direct Booking Summit app. Want to know what your fellow hoteliers care about? Read on.

1. Metasearch is gaining momentum, and is here to stay

To kick off the Summit, we asked attendees to let us know what the one thing was that they'd like to take from across the two days of the event. Despite an early start and many jetlagged hoteliers, a clear picture emerged: hoteliers want to know how to succeed on Google.

Whether it was Google Travel MD Rob Torres's opening head-to-head, or Dean Schmit's deep-dive into the costs and benefits of different meta channels on day two, sessions on Google and metasearch saw consistently high engagement throughout the event. Hoteliers are hungry for advice on how to achieve metasearch success - and perhaps keen to avoid being left behind by Google's growth.

And, while the interest in driving more direct may not come as a surprise, it's encouraging to see the enthusiasm of the audience for discovering and embracing new tools and innovations. It's more evident than ever that the industry is modernizing at rapid pace - and the doors are opening to a more equitable distribution landscape.

At Triptease, we're nothing if not data-led. So of course, we had to analyze the content of the 200+ questions submitted to our 35 speakers throughout the event. Where in previous years OTAs might have been the topic du jour, the keenest focus is now quite clearly on Google.

OTAs still put in a strong showing, alongside rates, loyalty, meta, websites, parity and independent hotels - the latter in particular serving as a specific focus across many of the panel sessions at the Summit.

Google's future plans were repeatedly in the spotlight at the event. The most upvoted question during Rob Torres's interview captured a common sentiment: "Is Book on Google really 'direct' if Google takes a 15% commission on the booking (same as Booking.com)?"

In response, Rob focused on the value of being the merchant of record and the guest data associated - but emphasized "if 15% is not profitable for [your hotel], then maybe you shouldn't be participating in the channel. You really have to look at your strategy on aggregate and figure out which channels make sense."

Hoteliers also displayed interest in how Google's metasearch platform is evolving, how the number of touchpoints for guests is changing and how independents can compete with OTA giants - despite the disparity in marketing budgets.

3. Hotels are refusing to be taken for a ride by wholesalers and third-parties...

An atmosphere of defiance permeated the conference - especially following an explosive and enlightening talk from Colette Labis, Director of Partnerships & Distribution at Westgate Resorts, who spoke of her success taking legal action against Amoma and other distribution sites.

In keeping with a common theme of making the most of first-party data, remarketing and retargeting were recurring topics of conversation at the Direct Booking Summit. Even prior to the live launch of Triptease Retargeting, many hoteliers were looking for clarity over their advertisement attribution windows, and more details about the way their partners claim bookings when a guest sees an ad.

With many speakers advocating a fairer approach to advertising attribution, a sizeable group of delegates left set on re-evaluating their existing relationships to ensure they weren't getting the short end of the stick.

4. ...but they really just want their teams to work smarter together.

Common to nearly every discussion at the Summit was an emphasis on collaboration: working together, breaking down silos and ensuring teams are making the most of their diverse talent.

Dan Wacksman started off the first day by posing a question - how do we narrow knowledge gaps across teams? With many hoteliers advocating greater communication, cross-training and even merging teams, it was clear that this conundrum was not new for many in attendance.

Later on the first day, Scott Weiler spoke to Sonesta Hotels' experiences of overhauling their direct booking strategy to realign teams to their shared goals. And Stevie Stevenson, Director of Offer Strategy at Hilton, ended the entire Summit with a workshop session that got hoteliers closely collaborating to devise ways their teams could work smarter together. Stevie's energetic ending reminded delegates that whilst new innovations, channels and techniques are all well and good, they can't come at the cost of neglecting the basics.

At the biggest event in the history of the Direct Booking Summit, enthusiasm for growing direct bookings - and embracing innovative acquisition and conversion channels - was at its highest ever.

With the likes of Google holding many of their cards close to their chest, we may not know exactly what 2020 holds - but based on our audience at the Summit, hoteliers are making sure they're prepared.

Don't miss out on your chance to be part of the movement. Join us at next year's Direct Booking Summits in Bangkok, Berlin and the Americas to make sure you're taking part in the biggest conversation in hospitality. 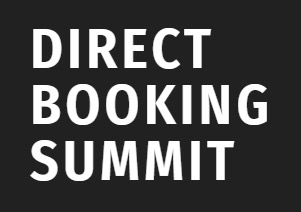 Triptease is a SaaS startup building industry-leading software for the hotel industry. The company was co-founded in 2015 by Charlie Osmond, Alasdair Snow and Alexandra Zubko and has offices in London, New York, Barcelona and Singapore. Triptease's most recent funding was led by British Growth Fund alongside Notion Capital and Episode 1.

The Triptease Platform is built to help hotels take back control of their distribution and increase their direct revenue. The platform identifies a hotel's most valuable guests then works across the entire customer journey - from acquisition to conversion - to make sure they book directly at the hotel.