How Switzerland has Avoided Mass Layoffs in Hospitality through “Kurzarbeit” 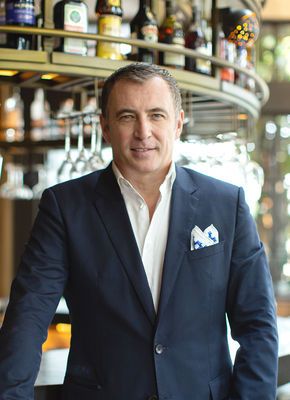 Swiss hospitality leverages short-time working arrangements with employees to avoid massive layoffs. The system has proved successful in former times of crisis and seems to be paying off in 2020.

As the hospitality sector around the world grapples with navigating employee overhead throughout the COVID-19 crisis, Switzerland has chosen a slightly different path from its European neighbors. Since the reopening of hospitality outlets in mid-May, the country has acted less strict than its neighbors, France, Italy, Spain, and Germany; relying on its small and disciplined population to act out cautiously and with self-responsibility.

Still, there was a full shutdown on March 16th, 2020 which lasted until April 27th, 2020 when the Swiss Government started with the first phase of the three-step re-opening process. The missing customers amounted to a tremendous loss in revenue, which resulted in redundancies of staff.

Now here comes the difference to its many other nations, Switzerland has a system called "Kurzarbeit", which again means "short work". For example, this means that restaurants can temporarily reduce working hours for staff when the business finds itself in a difficult situation that is outside of its control. The employer pays a lower salary to its staff which is then supplemented by the government through unemployment insurance. Employees receive 80% of the loss of income through the government's compensation. The company then receives the difference in what they can or cannot pay. This offers a major advantage to companies who can avoid losing its workforce and the employee does not lose his or her job.

Despite this government windfall, Switzerland has almost fully reopened its economy, but its losses and the impact on the hotel and restaurant industry will be felt for the next few years. Some say, it may take until 2022 until the business is fully recovered.

According to a recent study by Deloitte about two-third of the Swiss employees or 63% and 77% of self-employed individuals saw a negative impact and 18% of the businesses had to close permanently.

Geographic and Cultural Challenges in Switzerland

However, not all regions have been impacted the same. In the alps, bookings are soaring during the increase of domestic travelers, while urban markets are still suffering as they are much more reliant on international arrivals and cannot make it up with domestic travelers.

In terms of restaurants, many have not returned to pre-corona revenues. Due to the "Two meter rule" which has been slightly relaxed to 1.5 meters, many restaurants had to reduce their table and seat count. Even as many restaurants tried to create two seating's, one at 6pm and the second one at 8.30pm, many Swiss people do eat dinner at 7pm and has been very challenging to change that cultural habit.

Also, the vast majority of hotels and restaurants in Switzerland are small and family-owned with little to no capital reserves, the loss of revenues might result in "Beizen-sterben" the death of many of those businesses.

Impact on Swiss Hospitality versus the US

With the Swiss "Kurzarbeit" system, the hope is that the economy and that the highly impacted hospitality sector is back on track much faster than other countries. For example the US recorded an unemployment rate of 11.1% for June 2020 according to CNBC. Even as it fell dramatically from its peak of 14.7% in April, it still recorded one of the highest numbers in history.

In comparison the Swiss unemployment rate rose to 4% from 2.3% 2019 according to Deloitte. This discrepancy is mainly because of the US's rather inflexible "layoff" system, which passes the employee to the government systems rather than the employer would take care of the employee.

In regards to the overall recovery of the hospitality sector, the Swiss rely heavily on "self-responsibility", hoping that the residents will adhere to the rules out of their own conscience and respect for their neighbor. Comparing Switzerland's approach with the Swedish approach, it showed that with the highly relaxed and liberal non-binding rules, (according to the New York Times) Sweden might have saved some of the lost revenues in the beginning of the pandemic in the spring, but has recorded a much higher death rate now and a similar amount of loss in revenues throughout all sectors of their economy.

It remains to be seen if Switzerland's approach is a winning reaction to this pandemic, but at least at the moment it seems that it has a good handle on the crisis and according to FORBES was rated the safest country in the world in terms if COVID-19.

Simon A. Fricker provides executive leadership and consultation to investors, owners and management companies by leveraging his 25 year career in luxury and modern lifestyle venues in emerging markets throughout the world. Born and educated in Switzerland, his career has spanned 3 continents with top brands from ultra-luxury hotels like the Peninsula, Baur Au Lac, the St.