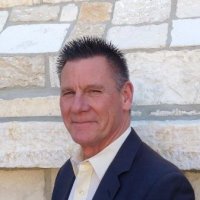 The first and only luxury resort in Paso Robles Wine Country, the Allegretto Vineyard Resort, AllegrettoResort.com, is pleased to announce it has appointed Thomas Humphrey as its Food & Beverage Manager. Humphrey will head the Allegretto’s envy-inducing wine and mixology programs. He will also work in tandem with Executive Chef Eric Olson as they expand the in-room dining program and gourmet catering, and ensure the resort’s restaurant, Cello Ristorante & Bar, continues to be the Central Coast’s top gourmet dining destination. A seasoned veteran of the luxury hospitality industry, Humphrey joins the Allegretto with more than 30 years of food and beverage experience. Most recently, he served as Beverage Manager at the Bacara Resort and Spa in Santa Barbara in California. Humphrey began his diverse career in Santa Barbara at El Encanto Hotel, followed by San Ysidro Ranch, before joining the Four Seasons Olympic Hotel in Seattle, Washington. From 2002-2006, Humphrey led the culinary team at the Four Diamond rated Park 75 Restaurant at the Four Seasons Hotel Atlanta, where he served as Director of Restaurants. Following his position with the Four Seasons Atlanta, Humphrey was Director of Restaurant Operations at Hotel Bel Air. Thomas served as Food and Beverage Manager at the Four Seasons Hotel Westlake Village in California, a property which he helped launch in 2006. Thomas also served as Food & Beverage Manager at Rosewood Inn of the Anasazi in Santa Fe, New Mexico, prior to coming back home to California.

Ayres is a Collection of Southern California Hotels. We believe a hotel experience should lift you to the loftiest heights of hospitality. Our hotels strive to enhance your stay each and every day. That's why we have created a rewards program that allows you to quickly earn and redeem points for free nights at any of our gorgeous hotels.
more information
Recent Appointments at Ayres Hotels