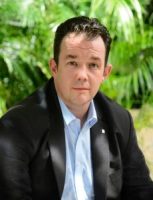 Following Shangri-La Hotels and Resorts’ announcement of the opening of its fourth hotel in Hong Kong, the new property, Kerry Hotel, Hong Kong, officially announces the appointment of Nicholas Smith as general manager. Smith was instrumental in the opening of Kerry Hotel, Pudong, Shanghai in 2011 and brings a wealth of knowledge and experience, paving the way for the brand’s success in the region. With Kerry Hotel’s arrival in Hong Kong, the brand’s presence in Asia takes on new dimensions and Smith is undoubtedly poised to take Kerry to new heights. The new general manager will redefine “hotel” with Kerry Hotel, Hong Kong’s holistic offerings and his overwhelming passion and inspiration. He will bring the hotel to life for everyone making their first encounter with this vibrant brand.Smith has been with the Shangri-La family for several years. Before arriving in Hong Kong, he was previously the general manager of Shangri-La’s Mactan Resort & Spa, Cebu, where he found inspiration from continuous opportunities to interact with guests and colleagues. He began his career as a management trainee and has since experienced various aspects of hotel management, including food and beverage, event sales and banquet operations. Apart from China, he has also held key positions in Kota Kinabalu, Florida, London, Gloucestershire, Boston, Antalya and the Middle East. With his impressive credentials and a clear purpose in mind, Smith will indeed continue his reputation in Hong Kong by making Kerry Hotel, Hong Kong a desired destination for all.
Hotelschools.com

7 August 2020 — Mr Juergen Doerr has been appointed as the General Manager of Island Shangri-La, Hong Kong, while continuing his role as Vice-President, Operations (Hong Kong & Taiwan), effective 1 August 2020. Mr Doerr has been with the group for over 21 years, previously holding the title of General Manager at Kowloon Shangri-La.
read more
More from Shangri-La
Map
Advertisements
Never miss a story again
Sign up for the HN360 daily newsletter
Media Kit – Submit Content
Advertisement
Advertisements