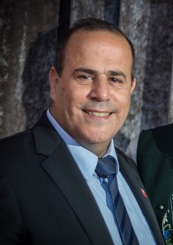 Yoram Biton has worked for Leonardo Hotels in various management positions since 2006. He first headed up the management team at Leonardo Hotel Munich City Center and the Leonardo Boutique Hotel Munich and was responsible for 2 openings in Frankfurt am Main, Germany. There were further takeovers during his leadership, including 2 hotels in Munich. After 2013 he was given responsibility for all Group Hotels in Munich and Nuremberg, Germany, and Zürich, Switzerland. Last year he was responsible for the takeover and integration of 5 Hotels in Portland, UK. Yoram Biton holds a degree in hotel management and business administration from the Israel Institute of Technology (Technion) in Tel Aviv. He lives in Munich, Germany, is married and has 3 children.

7 February 2018 — Daniel Roger joined the Fattal Group in 2006 and has been head of Leonardo Hotels in Europe ever since. The European Division, of the group, grew from one hotel in Munich, Germany, in 2006, to more than 130 hotels in over 75 cities and all under his leadership.
read more
More from Fattal Hotels Group
Map
Advertisements
Never miss a story again
Sign up for the HN360 daily newsletter
Media Kit – Submit Content
Advertisement
Advertisements