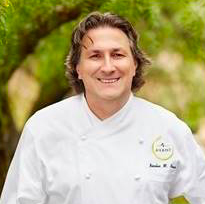 The Gates Hotel South Beach – a DoubleTree by Hilton proudly announces the appointment of Nicolas Bour as Executive Chef of the newly reimagined hotel. With more than 20 years of industry experience, Bour will manage culinary operations and direction at the hotel"s newly launched Mexican-inspired restaurant Agaveros Cantina, as well as in-room dining, banquets, and special events for the 235-room boutique lifestyle hotel.

Before taking the helm at The Gates, Bour was the Executive Chef of Ocean House Management, a boutique luxury hotel based in Rhode Island where he led culinary operations for the hotel"s two restaurants, four outdoor dining venues and banquets. Previously, Bour restructured the food and beverage program at Loews Coronado Bay, opening two new dining outlets in addition to creating the market and juice therapy bar as well as providing a similar program for two high-end yachts contracted by the hotel for function space. Most recently, he competed on Food Network"s "Beat Bobby Flay" as the Season 13, round one winner, with his take on the fritter and plans to feature his version of the elote fritter on the Agaveros Cantina menu.

Additionally, Bour received multiple accolades and recognitions including first place dish at San Diego Food & Wine Festival in 2013, founded AVANT named the best restaurant by San Diego Magazine in 2013, and led the success of his award-winning Iris Restaurant. More notably, Bour was selected to cook for President George Bush, Prince Abdullah of Saudi-Arabia, King Hussein of Jordan, the French Olympic Sailing Team, and as a celebrity chef for The Kentucky Derby. Adding to his list of impressive culinary endeavors, Bour successfully served over 14,000 covers in four days for the inauguration of President Barack Obama.

"Miami Beach is home to some incredible restaurants and distinguishing yourself among the crowd of talented Chefs and successful establishments is an exciting challenge," said new Executive Chef Nicolas Bour. "For Agaveros Cantina, it"s a modern take on the classic taqueria. Our menu is inspired by the flavors of Mexico and the eclectic vibe of Miami." 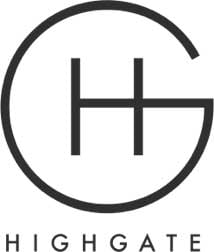 5 November 2019 — The executive team at Highgate Hotels announces the appointment of Barbara Christoph as General Manager at Arthouse Hotel New York City. Barbara is honored to come "home" to Arthouse, having started her tenure with Highgate in 2007 at what was formerly On The Ave Hotel.
read more

13 August 2018 — On August 8, 2018 Petr Jurecka officially took hold of his new position as Hotel Manager of WestHouse, a luxury boutique hotel in Midtown, New York, managed by HIGHGATE.With more than 17 years of experience in the hospitality industry, Jurecka has worked with some of the world's most reputable hotel corporations.
read more
More from Highgate Hotels, L.P.
Map
Advertisements
Never miss a story again
Sign up for the HN360 daily newsletter
Media Kit – Submit Content
Advertisement
Advertisements