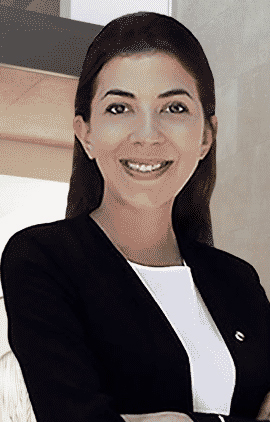 Léa Seguier has been appointed as the Sales Ambassador to the Asia Pacific for the exclusive La Réserve hotels and Myconian Hotel Collection. She will be responsible for representing all facets of the brands and be based in Sydney.Hailing from France, Léa graduated in International Hospitality Management from Surrey University, UK. She began her career with an internship at the Belmond's Hotel de la Cité in Carcassonne (formerly Orient Express) but graduated quickly to receptionist and finally Sales Manager.

In 2009, Léa came to Australia and worked at the Observatory Hotel as Sales Manager. After it was sold by Belmond, she secured a position as Business Development Manager at the Shangri La in Sydney. She has progressed quickly from there to Regional Sales at the Hotel du Cap Eden Roc, in Cap d'Antibes, (Oetker Collection) and then to Communications & Sales Director at one of the most exclusive palaces in Paris, La Réserve hotel (Palace ranked #1 in the World by Conde Nast).

After three years in Paris and extensive travel around the globe, Léa was offered the opportunity to represent the La Réserve group in the Asia Pacific and has thus begun a new chapter, starting her own business, to act as an ambassador of luxury brands:www.leaseguier.com Lea believes that Australian clientele represent a huge potential for the luxury sector. In addition, Léa is also an Associate to Anthony Knox & Associates whom she has known since the beginning of her career.

Her portfolio also extends to nine hotels in Mykonos, all-family-run luxury establishments, in the Myconian Hotel Collection. These are perfect for Australians travelling to Greece, especially with the direct service to Mykonos launched by Qatar Airways.

University of Surrey | School of Hospitality and Tourism Management

Léa Seguier (Class of 2006) is a graduate of University of Surrey | School of Hospitality and Tourism Management in Guildford, Surrey - United Kingdom
more information

2 September 2020 — Thomas Maechler has been appointed as the new General Manager of La Réserve Eden au Lac in Zurich. A Zurich native, Maechler brings over 25 years of experience in the luxury hospitality industry to this role when he begins on September 1.
read more