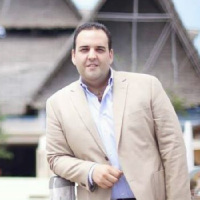 Mandarin Oriental is delighted to announce the appointment of Mandarin Oriental, Canouan's new General Manager, Duarte Correia. With over 17 years of experience in international hospitality, Correia began his career in London at The Dorchester Hotel. Management roles soon followed at properties including London's Hempel Hotel and The Nam Hai in Vietnam. His first position as General Manager was at the Shanti Maurice Resort & Spa in Mauritius. Most recently, Correia led the rebranding of Essque Zalu Resort in Zanzibar, Tanzania. Under his leadership, the property received many global awards, including Condé Nast Travelers' Readers' Choice Award and the World Luxury Hotel Award. Correia officially joins the Mandarin Oriental, Canouan team on August 6.

A native of Portugal, Correia grew up in Madeira Island. He is fluent in English and Portuguese and has a working knowledge of French, Spanish and Italian. In his leisure time he enjoys reading and playing tennis.

Duarte Correia (Class of 2017) is a graduate of Cornell | School of Executive and Professional Education in Ithaca, New York - United States
more information