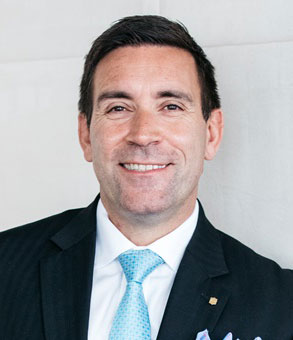 Dual French-Australian national Philippe Kronberg has been announced today as the new General Manager of the Shangri-La Sydney.

Now in his new role, Kronberg will head up a new-look management team at the long-standing icon of the Sydney skyline. He joins the Shangri-La Sydney from a similar role at the Shangri-La Bosphorus in Istanbul.

Bringing 25 years in hotels to his new role, Kronberg has developed and managed hotels in eight countries over his career, beginning in his native France and covering stints in Asia, Europe and Australia. Holding an MBA from the Australian Graduate School of Management at the University of New South Wales, Kronberg is well versed in hotel management, having also graduated from the highly regarded Les Roches Bluche hotel school in Switzerland.

Shangri-La Sydney has also appointed a new Resident Manager in home-grown boy Kieron Hunt, who moves to his new role from an Assistant Manager position at The Murray in Hong Kong.

3 January 2020 — Christian Nannucci has been named the new general manager of Shangri-La's Mactan Resort & Spa, Cebu. The Italian native has 25 years of hospitality experience, with an extensive background in hotel operations and sales.
read more