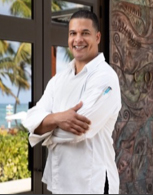 Hailing from Puerto Rico, Chef Peña has nearly two decades of culinary experience. He began his career at The Culinary Institute of Puerto Rico, while simultaneously honing his skills at The Ritz-Carlton, San Juan. Inspired by the French chefs he learned from while at The Ritz-Carlton, Chef Peña's next role was in Old San Juan to serve as Executive Chef at the elegant French restaurant, Trois Cent Onze, where he remained for over a decade. From there, Chef Peña served as Chef de Cuisine at Fern Restaurant at the St. Regis Bahia Beach Resort where he was professionally trained by Jean Georges Vongerichten himself. Elevating his French culinary expertise even further, Chef Peña also worked under Chef Daniel Boulud at Daniel in New York before his most recent position as the Chef de Cuisine at The Ritz-Carlton, Atlanta.

7 October 2020 — Al Bustan Palace, a Ritz-Carlton Hotel has announced the appointment of Nabil Al Zadjali as General Manager. Nabil succeeds Katrin Herz, who had held the role for five years. Moving from his previous post as Deputy General Manager, Nabil is bringing his diverse experience from his various leadership roles to his new position, and is anticipated to drive the next chapter of the hotel's rich history.
read more