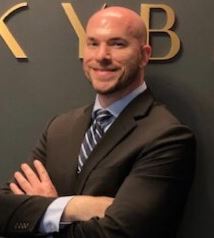 General Manager of Restaurants and Bars Derek J. Downing has a strong background in the Orange County market, allowing him to blend local flavors and experiences with Radisson Blu's upper-upscale philosophy under his management of the property's food and beverage outlets. A certified Cicerone, he has curated the beverage program with a strong emphasis on showcasing Southern California's homegrown breweries. In 2015 as general manager of Cask 'n Cleaver Steakhouse in Rancho Cucamonga, CA he developed a live music program and a beverage program that help lead to a 28% increase in sales. During his tenure as assistant manager of TAPS Fish House and Brewery from 2017-2019 he worked alongside the brewery team and implemented standardized operations procedures across all TAPs locations. In 2019 Downing was brought on as Restaurant General Manager at South Coast Winery where he curated a new beverage program with an emphasis on local craft beers and introduced a revamped bar design.