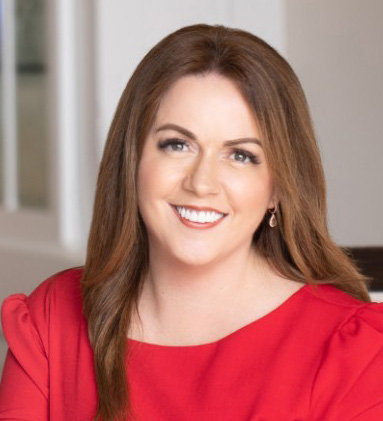 Montage Laguna Beach is pleased to announce the appointment of Mary Rogers as general manager. With two decades of luxury hospitality industry experience, Rogers will oversee all day-to-day operations of the 30-acre beachfront sanctuary perched on a coastal bluff overlooking the Pacific Ocean.

Rogers joins Montage Laguna Beach from Fontainebleau Miami Beach, where she was the first female general manager since the hotel's opening in 1954 and was responsible for all operational components of the iconic resort. Rogers originally joined the Fontainebleau as vice president of operations, rooms in 2009 and was promoted to general manager in 2018.

An active and engaged hospitality professional, Rogers sat on a number of boards during her time with the Fontainebleau in Miami Beach, including as a founding member of the Florida Chapter of Women in Lodging, and chair of the Florida Restaurant and Lodging Association's "Women's Path to Power" committee. Rogers has also been recognized with several awards over the years, including as "Corporate Executive Woman of the Year" by the U.S. Minority Chamber of Commerce in 2019, and "Florida 500 Most Influential Business Leader" in hospitality and tourism by Florida Trend Magazine.

12 May 2021 — Montage Hotels & Resorts is pleased to announce the appointment of Jaime Moench as director of sales & marketing of Montage Deer Valley in Park City, Utah. Drawing on more than a decade of leadership experience in luxury hospitality, Moench is responsible for the development and implementation of revenue and yield strategies, driving revenue and maximizing profitability.
read more

28 April 2021 — Pendry Hotels & Resorts is proud to announce the appointment of Richard Wales as general manager of Pendry Park City, scheduled to open winter 2021. Located in the heart of Canyons Village at the base of Park City Mountain, the ski-in/lift-out resort and residences will be a modernist take on a traditional alpine lodge featuring 152 guestrooms, suites, Pendry Residences, four unique lounge, restaurant and bar concepts, the only rooftop pool and bar in the area, Spa Pendry, state-of-the-art fitness center, Pinwheel Kids Club, 7,000 square feet of indoor meeting space and access to 7,300 acres of world-class skiable terrain.
read more

28 April 2021 — Pendry Chicago is proud to announce the appointment of Jeremy Bratton as Director of Operations, to the leadership team of the hotel, slated to open its doors late spring 2021.  Overseeing hotel operations, Jeremy Bratton brings more than 15 years of experience in food and beverage, hotel and resort, and entertainment industries to the Pendry team, specifically the brand's Baltimore location in the heart of Fell's Point, Baltimore.
read more
More from Montage
Map
Advertisements
Never miss a story again
Sign up for the HN360 daily newsletter
Media Kit – Submit Content
Advertisement
Advertisements