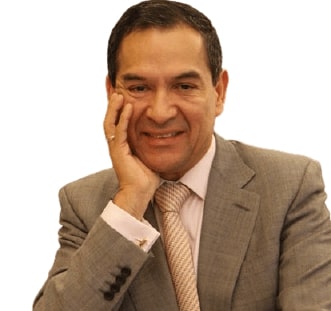 Rocco Forte Hotels is delighted to announce that Jesus Adorno will be joining Brown's Hotel as Director of Hospitality. As of 31st August, Adorno will work closely with Adam Byatt, Matthew Starling and Abigail Clark overseeing food and beverage across the hotel, with a focus on Charlie's by Adam Byatt.

Adorno's esteemed career has seen him at the helm of London institution, Le Caprice, for 30 years. Joining the restaurant as head waiter on its opening day in the 1980s, Adorno quickly became an integral part of the restaurant, known to all and greeting guests with a warm welcome on each visit. Adorno became a board member of Caprice Holdings in the 1990s, and departed his longstanding position in 2020.

Adorno's new role as Director of Hospitality at Brown's Hotel will oversee the Front of House at Charlie's alongside Restaurant Manager, Abigail Clark. Charlie's by Adam Byatt, named after Lord Charles Forte, delivers a seasonally evolving menu offering the best of British with a contemporary twist.

Founded by Sir Rocco Forte and his sister Olga Polizzi in 1996, Rocco Forte Hotels is a collection of 17 luxury hotels, resorts and private residences with a unique character. All are iconic addresses, both historic and modern, carved out of magnificent buildings in exceptional locations.
more information
Recent Appointments at Rocco Forte Hotels

7 July 2021 — Rocco Forte Hotels announces a strategic change of management for one of its most iconic hotels, the Hotel de Russie in Rome. From July 14, Giampaolo Ottazzi will take on the role of General Manager of the luxury address in Via del Babuino.
read more