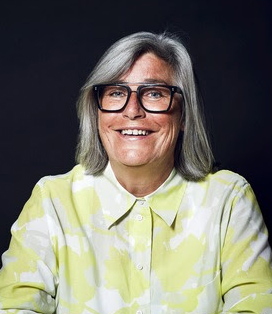 The 'Head Mermaid' has been found for the first Scandinavian 25hours hotel, which plans to open its doors in Copenhagen in spring 2022. Lise Egenius has assumed the management of the complex, which is situated in the heart of the city centre and comprises four buildings and 243 rooms, with immediate effect. The native Dane has previously managed the Hotel Guldsmeden, amongst other establishments, and has already opened two hotels in the Scandinavian metropolis for Brøchner Hotels.

Copenhagen Project Director Henning Weiß welcomes the new member's arrival: "Lise Egenius is one of the most experienced hoteliers in Copenhagen. Her warm nature and professionalism won us over straight away. We are happy in the knowledge that this extraordinary 25hours project is in very good hands and we wish her and her team a wonderful start and huge success with the opening in the spring of 2022."

When it comes to gastronomy, three partners are celebrating their entry into the Scandinavian market together, including long-standing member of the 25hours family, the bar pioneer Jörg Meyer, who is designing a Boilerman Bar for Copenhagen, and the Molcho family, who are planning the seventh NENI restaurant in a 25hours hotel. A newcomer comes in the shape of Italian pastry chef Melissa Forti with her Café Duse, where cakes and tortes are made using only select organic products.

Founded in London in 2011 by entrepreneur Sharan Pasricha, Ennismore develops, operates and curates unique hospitality properties and experiences in some of the most exciting cities and neighbourhoods around the world.
more information
Recent Appointments at Ennismore