The 8 Biggest Reasons the Search Landscape is Shifting for Hotels

By Hollie Faulkner, Head of Marketing at Net Affinity 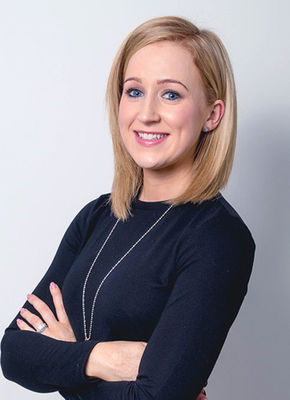 As many hotels have noticed over the last 12 months, the landscape of hotel traffic is changing. In a time when digital activity is increasing, online bookings are growing and many hotels are becoming more sophisticated in their approach to digital channels, a drop in traffic from any channel may come as a surprise.

However, changes to Google's search engine page, shifts in device traffic and other factors all add up to one thing: organic traffic is being rerouted to paid search, social, and even offline channels. It's not necessarily a negative, though – while traffic is shifting, engagement and conversion rates are growing.

We think it's essential to hotels' future digital presence to be aware of the different causes that have led to this traffic shift, and to be aware of which channels are rising and falling in popularity among travellers.

Our Head of Marketing, Hollie Faulkner, has created an analysis of 8 recent changes which are contributing to this shift. Being aware of these changes and their impact is a key part of getting on top of this trend and making sure hotels are aware and ready to move with the times.

Who is causing these changes?

Google's own changes and changes in the ways guests search and book are responsible for shifts in traffic.

Guests are changing how they research, engage, click and book with hotels, and it's vital that hotels understand these changes and what to do about them.

Google is focusing more heavily on paid aspects of their product, and optimizing for mobile. So, for instance, their new mobile call extensions have led to a drop in organic traffic coming from mobile, but an increase in calls coming into the hotel.

Google is always evolving, and many of their most recent evolutions have been pushed by mobile. We'll look into the specific changes below, but the takeaway from this is that Google is making it more important for businesses to pay to play. Their ongoing redesign of Google AdWords is just one of the many indicators that paid search is getting more attention than ever from Google. Hotels will need to step up spend to keep traffic growing.

We've seen an average increase of 10% traffic from paid listings, as of Q2 2016. This is a direct result of the fact that spend is becoming more integral to hotel's marketing mixes, and that must be reflected in budgets in order to continue growing

Here's a look at 8 of the biggest reasons for these industry-wide traffic shifts:

This has resulted in less engagement than ever before with organic listings. They're also continuing to redesign ads for a more organic look, making the paid listings more appealing to the average viewer.

It's worth noting that the removal of the right-hand elements is part of Google's dedication to mobile-first design. Moz speculates that since right-hand columns aren't supported on mobile devices, Googly may be trying to standardize the way ads display across all devices.

The organic material consists of maps, reviews and images, and the paid content is driven by Google Hotel Ads. Hotel Ads allow individual hotels to display hotel pricing and the hotel's own booking link directly in Knowledge panels – territory previously reserved for OTAs.

This includes displaying pricing directly on a SERP (search engine results page), and it's something we predict will continue to grow and be promoted by Google.

Google is also pushing call extensions Call extensions on knowledge panels. These, especially on mobile, are driving some traffic that would previously have gone to websites through phones instead.

Google has recently introduced Extended Text Ads – this is the biggest change since AdWords was born 15 years ago.

ETAs are part of the recent big changes that Google has rolled out to AdWords. They're live in some instances, and Google has announced that every text ad will be an ETA by the end of January 2017. What's changing?

ETAs are double the size of the ads we're familiar with, designed for bigger headlines and longer descriptions on mobile search results. On desktop, this mostly equates to wider, not taller ads.

On mobile, however, these new ad formats push organic results far down the page. On average, we are seeing 3 screen scrolls before you reach an organic listing when the ads have been updated.

These ads take up a lot more real estate and push organic search results even further down the page.

What does this mean for your hotel? Is it affecting click-through rates? Yes. Early reports show CTR increasing by as much as 20%.

These changes will continue to drive more paid traffic through advert engagements and less organic traffic from mobile devices, especially once they're fully live in January. Since mobile traffic is growing overall, this means that paid traffic will grow overall as well.

Google's new price extensions, available on mobile as of July 2016, take up significant real estate on mobile. This screengrab from Google is a good visual of exactly how much:

Price extensions are a good way to get more engagement, especially as they're only available for the ad in the first listing position – they allow you to list price tiers for different room types, for example.

Their effects on traffic are too new to be measured, but it seems likely that they will further contribute to more paid traffic on mobile and drops in organic.

Sites that are already mobile-friendly won't see much of a change, but sites that have no mobile responsiveness have likely noticed a drop in organic since that change.

If you don't have a mobile-friendly site, your organic search results on mobile are now even more strongly affected by that. While it's likely you'll still rank well for very relevant search queries, it's urgent to ensure that your site is up to date.

The clock isn't going to roll back on this, and if you're not ready, you're now actively losing revenue. If you're not sure how your hotel is doing , here are Google's mobile guidelines.

The effects on direct traffic come from two root causes: users are becoming savvier in their online behaviour, and privacy is becoming increasingly important to visitors.

Furthermore, certain privacy extensions and private browsing methods also cause traffic to be marked as direct (and anonymous) by Google. NoScript is a tool which kills Javascript and was initially designed to prevent viruses and popups. Like Ghostery, it blocks things like accurate visitor counts and other qualities tracked by Google Analytics.

As recently as two or three years ago, almost all searching was done on, well, search engines. However, as with everything else digital, this has evolved. There are now many research touchpoints on social media, and users are using these channels to get inspiration and information for their travel plans.

There is an increased adoption of social channels, and users are researching travel content via social channels. It's very likely that this traffic is being shifted from organic search, given that users are getting peer recommendations and doing these searches on social rather than search engines.

Facebook's business pages, the easy access to brands offered by Twitter and the powerful imagery on Instagram are just a few reasons that users are taking advantage of social as a valuable place to do research.

On the hotel side, hotels are also driving the shift to social by being more active on social channels, running Facebook campaigns, retargeting campaigns and other paid campaigns through social.

While these statistics are U.S. based, we're seeing similar shifts in Europe and elsewhere. Users are adapting to social networking sites and integrating them into their everyday, with 90% of 18-29 year olds on social media. Even those in the 65 or older bracket have gone from nearly no usage in 2008 to almost 40% in 2015.

This reflects what we are seeing with research patterns on social media. As users spend more time on thse sites, brands are generating more content on them in a positive feedback loop.

Hotels are witnessing an increase in call activity. From our own data, we can see that phone call extensions within our ads show significant call volumes to hotels. On the anecdotal side, several of our clients have commented that their phones are busier than ever.

This is reflective on the increased 'book on the go' nature of users, hence reducing search activity. It may also be reflective of increased mobile activity coupled with continued resistance to actually booking on mobile: users may research hotels on their phone, but prefer to call to book rather than attempt to navigate a mobile booking process.

These trends are, by their nature, very generalized. Individual hotels will see different traffic patterns depending on their ad spend, where their spend is going, which channels are most profitable for them, how they're managing their rates and availability on third party channels, and a hundred other factors. However, outside influences are imposing these general changes on the industry, and many hotels are taking note.

Those outside influences aren't all bad news! What matters, ultimately, is driving revenue, and across our clients we're seeing stronger engagement and, on average, a 9% increase in conversion rates over the past year. The traffic landscape is changing, not undergoing a crisis. Hoteliers must adapt, but there are quick and practical ways to make the adjustments.

What changes in traffic patterns is your hotel seeing? Are they in line with the general changes, or are you bucking the trend?

As a graduate of DIT with an honours degree in Tourism Marketing, Hollie previously worked in a marketing role with Carlton Hotels and with a government tourism body. Hollie has been the Head of Marketing at Net Affinity for 4 years and her main duties are to manage, motivate and develop a growing team of digital marketing specialists.

Net Affinity is an Independent Digital Agency providing Revenue Generating Solutions for Hotels. Our services include Website Design, Digital Marketing and Booking Engine Technology. Our culture of award winning design and innovation together with a keen eye for emerging trends allows us to deliver services that directly impact on growing revenue for our clients. As experienced hoteliers we have a genuine and wholehearted passion in providing a complete customer centric service to our customers. We pride ourselves on the development of a relationship that allows us to nurture your business and ensure our success is your success.