A Luxury Hotel Like No Other: Introducing Hotel Gajoen Tokyo

Long before concept-driven boutique hotels began to boom globally, one hotel in Tokyo was already forging its own unique path with art and culture at its core. Meguro Gajoen began as a renowned dining and entertainment destination before expanding to become the first integrated wedding hall in Japan, and ultimately one of the most lavish hotels.

Built in 1928 on the site of the former suburban villa and gardens of the Hosokawa Clan, Gajoen was already primed as a destination for traditional Japanese culture and luxury. Working with some of the best artists and craftsmen of the time, founder Rikizo Hosokawa commissioned thousands of pieces of art over the years as the resort expanded and evolved. The aristocratic design aesthetic of miyabi was central to the concept of Gajoen, bringing classic elegance and beauty to the public who soon dubbed the complex "The Palace of the Dragon King". When Gajoen was renovated in the 1990s, much of the art was preserved and can still be seen today throughout the halls and rooms. This includes the fully preserved wing of the Hyakudan Kaidan (The Hundred Stairs), which features on the art tours and special art exhibitions for guests and visitors.

Hotel Gajoen Tokyo (operated by K. K. Meguro Gajoen, Address: Meguro-ku,
Tokyo), A Museum Hotel of Japan Beauty, is pleased to announce the completion of a makeover of
its 12 Japanese Rooms on the 6th floor.

The guest room concept of Hotel Gajoen Tokyo is "Wakei Seishin" which seeks for natural beauty in
serene and calming simplicity. The design incorporates modernity with the Japanese spiritual
worldview of Wabi-sabi as in Japanese tea ceremony rooms, as well as the thought for nature and the
Japanese sensibility to lighting. As a part of the makeover, the headboard inspired by traditional folding
screen used in the tea ceremony is installed, to welcome the guests with traditional Japanese patterns
and flowers. The walls of the bedroom are decorated with Yabukoji, a plant often seen on the path to
the tea ceremony house. The bed ensures comfort and a good night's sleep for all guests.
Each room is named after ancient Japanese region names such as "Izumo" or "Musashi". The rooms
are individually decorated using patterns and paintings that are inspired by the region. Japanese
paintings and crafts at the entrance of each room are made by young Japanese talents, showcasing the
latest evolution of Japanese traditional arts and craftsmanship. 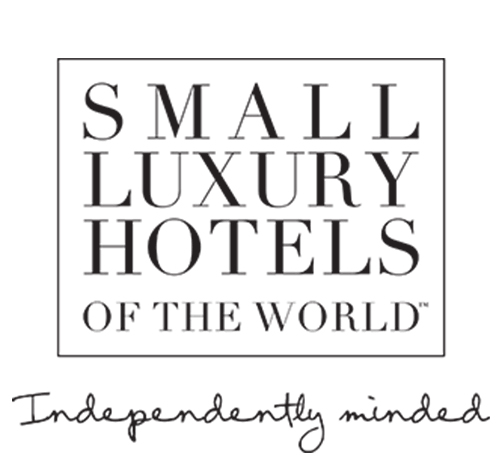 Small Luxury Hotels of the World™ matches independently minded guests with independently spirited hotels. The diverse collection of over 520 hotels in more than 80 countries around the world includes everything from cutting edge design hotels and city centre sanctuaries to historic country mansions and remote private islands – all SLH hotels are consistently different, however, they are all united by the fact that they offer the best locations, highest quality, personalised service and a truly authentic way to discover a destination.
more information
Hotel Details