The "old" Thomas Cook, a 179-year-old company and the second largest tour operator in the world after TUI, collapsed in September of 2019. Fosun Tourism Group, a Chinese travel conglomerate that already owned the famed Club Med, bought the rights to the bankrupt company's brand for $14 million.

The question is: Is there future for the "new" Thomas Cook?

What is the 'New' Thomas Cook

Given the scale and market presence of the existing global OTA duopoly, there are precious few contenders that would dare to challenge them.

However Fosum, with its deep pockets, outstanding e-commerce experience and deep vertical integration into the travel sector, could be just the company to challenge the status-quo.

By leveraging Thomas Cook's incredible brand recognition, and strategically positioning itself as meaningfully different to the existing online players, it has the potential to define its own space in the online marketplace.

Note the time and the date - we could be witnessing the (re)birth of the third major online global travel brand.

The ability of the "new" Thomas Cook to trade as a purely online business will be improved by not having the added costs of travel retail agencies, maintaining its own airline and operating their own brand of hotels.  But will those former customers who booked in the comfort of their local Thomas Cook agency, with the familiar faces of expert travel agents be willing to book online via ThomasCook.com?  I hope so, but it's no guarantee.  Having a strong offline travel brand doesn't mean they will transfer all of that goodwill (and traffic) to their new travel portal.

Could Thomas Cook succeed as an OTA? Maybe. Most new OTA ventures lack the global brand recognition with both consumers and travel industry suppliers that Thomas Cook has built. It is unlikely to be enough to prevail where so many others have not, against Expedia and Booking.com, whose loyalty programs compete directly with those of the major airline and hotel brands and distribution agreements reach almost every travel destination on the planet.

Narrowly targeting packaged leisure travel might seem like an advantage, but it is important to point out that even Expedia and Booking.com have found it difficult to exercise their usual dominance here. This is because there are several established specialists in this space, many of whom also have origins as traditional travel agencies, but unlike Thomas Cook, made the pivot to online as much as a decade ago. Some of these players have even created the additional competitive advantage of vertical consolidation in the supply chain. A good example is Apple Leisure Group, the owner of several online travel agencies focused on packaged leisure travel, that also owns upscale all-inclusive resort operator AMResorts, a substantial charter airline operation and a global destination services company.

In other words, it would take something truly innovative and disruptive to steal enough market share to create a meaningful business, especially considering that the established players are all fighting just to stay afloat in a market that has been devastated by the impact of COVID19.

Unfortunately, “innovative and disruptive” and a 179-year-old company don't often go together. It is true that few Phoenix rise from the burning field of companies that failed to foresee their own digital transformation, but it is possible. Look at Kodak. A dying company, that if it accomplishes what it recently announced, will force countless business school textbooks to be rewritten. Newsworthy, but making film and pharmaceutical raw materials are really both just chemistry.

A similar opportunity may exist for Thomas Cook today. The OTAs originally did to travel what big box stores and Amazon have done to the local retailer, with consolidation and the accompanying loss of service and character. Except now Expedia and Booking.com are losing ground to a digitally savvy “localized” retailer, armed with better destination insights and the ability to more closely connect with the customer. Unfortunately, many of these smaller sites lack the ability to source their own inventory resulting in much of their gain going right back to the OTAs, via affiliate programs. What if Thomas Cook used its expertise in managing global hotel supply to create an alternate marketplace for this growing group of specialists? By staying close to its roots as a travel consortium and avoiding formidable head-to-head competition, it just might be its best hope.

I am highly skeptical of Thomas Cook's resurrection as a B2C online travel player i.e. an OTA specializing in selling beach vacations and city breaks, and here is why:

a) The traveling public does not know Thomas Cook as an OTA or B2C online vacation packager, hence the need for massive advertising spend to build relevant brand recognition.

b) Thousands of travelers had horrific experiences in 2019 - many were stranded abroad, many had their vacation plans ruined by the firm's demise.

c) The “new” Thomas Cook has to compete with much bigger and better funded competitors: with traditional our operators like its bigger rival TUI, the mega-OTAs Booking, Expedia and China's Trip, with the “new travel purchasing behavior” of digitally-savvy travelers using low cost airlines + alternative accommodations via providers like Airbnb, Booking and vrbo.

This is a monumental task requiring monumental investments. I don't see it happening in the current environment with low travel demand and ongoing government travel restrictions.

The other option for the “new” Thomas Cook was to become a bed bank i.e. adopt the B2B biz model. The problem with this model is that the traditional retail brick-and-mortar travel agencies and small and midsize tour operators, which constitute 90% of the customers of a bed bank, have already been decimated by the Internet, the OTAs, the direct online channel, and now COVID-19. There used to be 7,500 travel agencies and small/midsize tour operators in the UK only 15 years ago, there are less than 3,000 today, 25,000 in the  U.S. some 20 years ago vs 7,000  now. Thomas Cook would have to compete with HotelBeds and WebBeds, two well entrenched bed banks that are in decline themselves. Obviously, a losing proposition.

In either scenarios, Thomas Cook is doomed.

Venerable brands always have the potential for a renaissance. Of course, success hinges on forgiveness (forgetfulness?) of all those stranded travelers. And the continued focus on "fun in the sun" vacations is a smart way to maintain that differentiation and historical brand promise.

The website is also well-done, with appealing design and intuitive navigation. On its face, this is a solid brand reboot. But only time will tell if the new operation can bolster a battered reputation...

I don't think there is a new TC. I think that this was the plan all along. I remember sitting in the UK in 2011/12 reading an article: Britain's Least Admired Companies of 2011 where TC was mentioned. It also let me to look at their share price and saw it tumbled to somewhat below 20c (which for me was surprising)...but then I saw they didn't have a CEO and no-one wanted to take the job since a few month....sinking ship comes to mind.

But then Harriet Green became CEO and essentially took the company digital through saving plans and removing highstreet stores. Share price within 2 years moved 10 fold and the phoenix rose again. I believe that TC is now back at a stage where they need to take the next leap and that the OTA part of the business should have been a stronger focal point earlier on. Personally I think we see others like TC join the ranks and OTA;s need to watch out as where again do they get their leaked rates from....ah yeah....bed banks....

As expected, Fosun is trying to capitalize on the name and relative "fame" of the Thomas Cook brand to milk out as much value as possible from the acquisition. However, simply jumping on the OTA's model without much differentiation from other actors could mean trouble for the "old" newcomer.

Paradoxically, by playing it safe, it feels like Thomas Cook entered a fight it cannot win. Unless Fosun is willing to dump millions in marketing to make up for lost time, Booking and Expedia are likely to make short work of yet another small online competitor (however renowned its name might be).

As far as we know, the new Thomas Cook will not be an OTA in the classic sense of the term, at least not in Europe. Over here, in fact, TC will pull inventory from a few bedbanks (namely: HotelBeds, Webbeds, and Yalago), while it will build its own inventory in Asia.

Even according to the words of Fosun Tourism Group's CEO, Jim Qian, it seems that there will be two, quite distinct versions of the company. "In China," he stated, "Thomas Cook has been relaunched as MORE than just an online travel agency." Qian plans to launch some very peculiar bricks-and-mortar stores as well, even though on a small scale and, presumably, only in China.

Now, will this mixed approach work? My two cents is that it won't, at least not outside China. TC will likely become a local player à-la-Trip.com, while it will be cannibalized by the "usual suspects" over here in Europe.

But I wish them luck; it would be a shame to see a brand with such a long history disappear for good.

Growing up in Scotland I have fond memories of going into the local Thomas Cook store as a kid. The travel agents in the store knew each family, their vacation preferences and would be trusted to book the annual summer vacation, most often to the Spanish Islands or somewhere in Greece.

The issue Thomas Cook experienced is a familiar one: they were too slow to react to the irreversible trend of consumers shopping online. Throughout the 2000s the travel landscape was evolving quickly and their business model of owning high street stores and their own aircraft made it difficult to pivot to ecommerce. Despite numerous acquisitions and mergers from 2008-2015, Thomas Cook failed to seize the online opportunity and they lost market share to Expedia and Booking.com who were better positioned as true online travel agents. Sadly it became a business that was in such financial distress no one could save it.

The challenge Thomas Cook has now is that public perception of the brand in the UK is damaged. When it went bust in 2019 the company left 150,000 travelers stranded overseas which led to the largest repatriation effort since World War 2. That's not something that is easily forgotten or forgiven by British media and consumers. It means there's a big trust issue to overcome as well as an obvious short-term problem of pandemic travel restrictions and quarantine requirements across Europe.

That said, in time I think it could be a very good move for Fosun Tourism Group and Thomas Cook. In launching now, they can begin re-building brand trust and establish a solid operation by selling a limited inventory of destinations until covid-19 quarantine restrictions are lifted to core destinations in Spain. Depending on the availability of a vaccine and the overall status of covid-19 in Summer 2021 they could be very well positioned to take advantage of pent-up travel demand from British tourists. 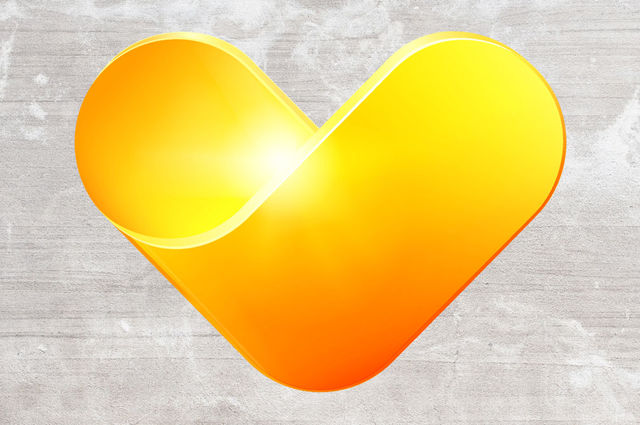